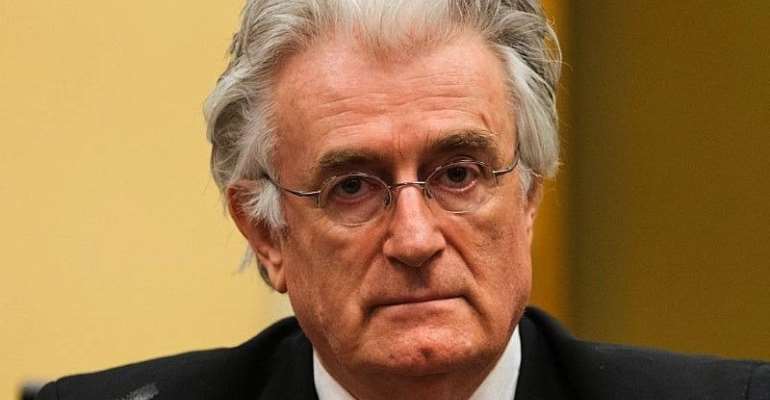 UN judges have ordered former Bosnian Serb leader Radovan Karadzic to spend the rest of his life in jail for the "sheer scale and systematic cruelty" of his crimes. The panel in The Hague rejected his appeal and upheld its conviction for genocide and war crimes.

Karadzic, 73, stood motionless and grim-faced in the dock as judges said they would increase his original 40-year sentence.

"There is still a sense of international justice," says Muhammed Durakovic, a survivor of the Screbrenica massacre in 1995 that was carried out under the orders of Karadic and his henchmen. I was very pessimistic before this trial."

In an interview before the trial he had told RFI that he was worried that Karadzic "would get away with a shorter sentence."

The panel of judges in The Hague "imposes a sentence of life imprisonment" after rejecting Karadzic's appeal against his conviction for atrocities including the 1995 Srebrenica massacre, head judge Vagn Joensen said.

Judges at the original trial "underestimated the extreme gravity of Karadzic's responsibility for the most grave crimes committed during the period of conflict, noted for their sheer sale and systematic cruelty", Joensen said.

Prosecutors had appealed for Karadzic's sentence to be increased.

They rejected Karadzic's claims that he did not know a military directive he drafted and signed on the fate of Srebrenica called for Bosnian Serb forces to create an "unbearable situation with no hope of further survival' for inhabitants.

In 2016, Karadzic was found guilty on 10 counts including orchestrating a nearly four-year siege of the Bosnian capital Sarajevo, where more than 10,000 people died in a campaign of sniping and shelling, according to prosecutors.

He was also found guilty of genocide in the eastern Bosnian enclave of Srebrenica, where Bosnian Serb troops slaughtered more than 8,000 Muslim men and boys in eastern Bosnia, which was supposed to be under UN protection, and buried their bodies in mass graves.