Mozambicans Scramble To Save Themselves After Cyclone Idai 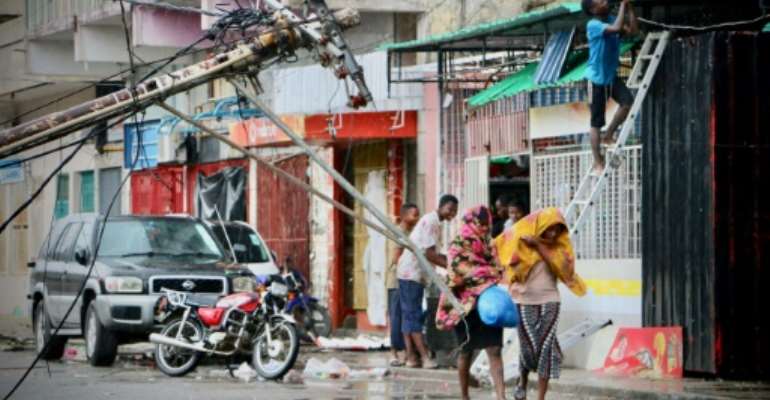 The cyclone struck last week and killed 84 people in Mozambique, including 55 in the city of Beira alone. By ADRIEN BARBIER (AFP)

A deserted shop in the devastated Mozambican city of Beira has become a place of refuge for dozens of families displaced by a deadly cyclone, which has caused flooding and rendered many areas inaccessible.

More than 1,000 are feared to have died in the cyclone after it smashed into Mozambique last week, while scores were also killed in neighbouring Zimbabwe.

In front of Beira's city council in the modest neighbourhood of Praia Nova, locals have settled in an abandoned shop after fleeing their homes when torrential rains and strong winds stole many roofs and flooded most buildings. 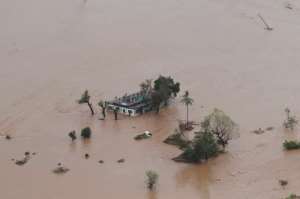 "When the wind started, we just had time to escape with the kids, we just left everything else," mother of five Serephina Bernardo told AFP on Monday.

"We are here because our house has been submerged by the water," the 35-year-old said.

"We have nothing left."

Every other house has been destroyed by torrential rains, while gale force winds have torn off many roofs and electric pylons. Small aircraft lies damaged at the city's international airport which was temporarily shut due to damage. 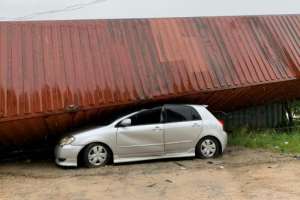 Another local, Joao Suale, sits on the shop floor nursing a swollen leg hit by a metal sheet.

"There was a lot of wind, so I fled to here," Suale said.

Next to him, other locals stretch out make-shift laundry lines to try and dry the few clothes they have left.

Outside, the rain continues to pour heavily.

Food is quickly running out and the victims still await assistance.

"We are asking for help," Suale said. 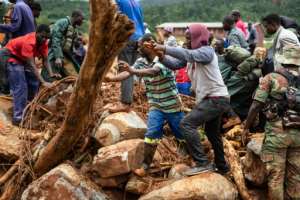 Neighbourhoods in the city are littered with branches and mounds of rubble of all sorts.

According to the Red Cross, the cyclone has damaged or destroyed 90 percent of Beira, Mozambique's second largest city and a major port hub.

"We have never had something of this magnitude before in Mozambique," said Emma Beaty, coordinator of a grouping of NGOs known as Cosaco.

Some dams have yielded while others have reached full capacity. Much of the country remains inaccessible due to flooding.

"The biggest threat we have now, even bigger than the cyclone, is floods," warned the governor of Sofala province, Alberto Mondlane.

Mozambican President Filipe Nyusi on Monday said "communities are isolated and bodies are floating" on the water, as he warned that the death toll could climb to more than 1,000.