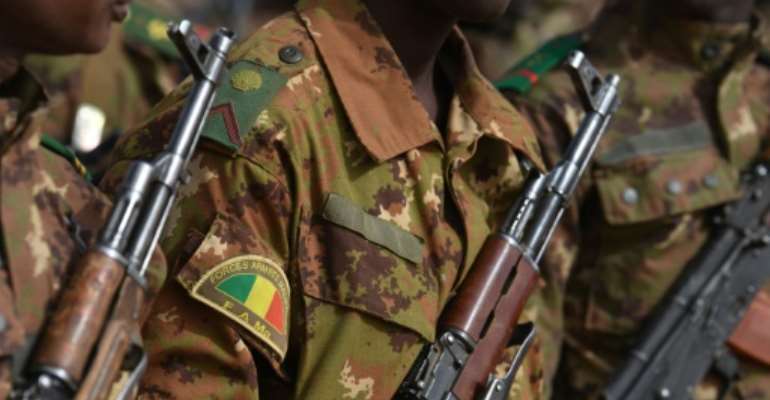 Malian troops have come under frequent attack by jihadists who carried out 237 attacks in 2018. By ALAIN JOCARD (AFP/File)

At least eight people were killed on Sunday in a raid by suspected jihadists on an army camp in central Mali, military and security sources said, warning the toll could rise.

Driving cars and motorbikes, the attackers stormed Dioura army camp in the Mopti region at dawn, leaving "many soldiers dead or missing", a military source said.

Separately a Malian security source spoke of "a heavy toll of at least eight dead".

"There are dead soldiers, others are missing and still others are wounded," he said, but could not confirm reports from local villagers that up to 15 troops had died.

A second military source said the troops had tried to fight off the attackers.

"Our men responded. I saw at least four bodies on the ground. We don't have an exact toll yet but there is a lot of damage," he said.

A foreign security source said efforts were under way to determine how many people had died.

Despite the presence of UN peacekeepers, a strong French military contingent and the creation of a five-nation military force in the region, jihadist violence has not abated in Mali which suffered 237 attacks in 2018, UN figures show.

Prof Naana Jane stings NPP on Corruption: 'Not even family i...
1 minute ago