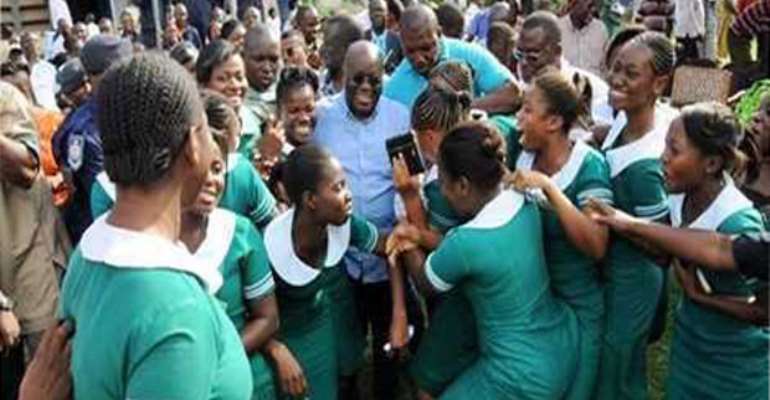 He said that will sustain the private institutions by absorbing students that fail the mark to be admitted to the public institutions which cannot enroll the increasing applications, and also controlling the unemployment rate in the country.

Speaking in an interview with Otec News’ reporters Rosemond Asantewaa and Grace-Gifty Boateng, Mr. Aboagye raised concerns over the collapse of some private nursing institutions in the country, cited two major contributing factors, namely non-payment of allowances and unavailability of jobs to private nursing students.

“Every student would like to enroll at colleges that offer allowances and private schools like Royal Ann, does not, so they will not come, affecting our enrolment which is an eminent threat to the sustainability of the school,” he lamented.

“The job market in the too does not favour the private nursing students as priority is given to public nursing students, upon all the allowances they have enjoyed, making it very difficult for potential nurses to chose private colleges,” he added.

The Proprietor also mentioned that the quota system introduced by the Nursing and Midwifery Council has also created a much negative impact on student admission particularly, those offering diploma courses, leading to closure of some nursing collages due to few numbers of students’ intake.