The President Must Produce His Hoodlums, Period! 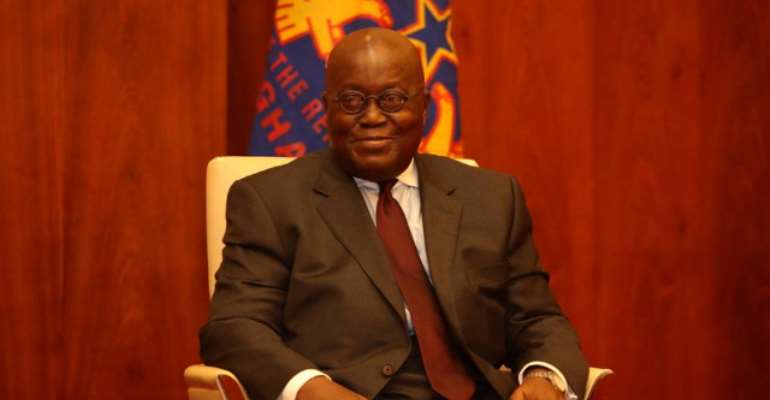 Your Excellency Mr President, kindly forgive me that I would not be able to address you with all the courtesies and titles you deserve as the Commander in Chief of the revered Ghana Armed Forces and the chair of the National Security Council, NSC because Ghana, our beloved country is currently sitting on a time bomb.

My president, the eminent explosion starring at us as a people at this material moment, would not permit me to follow courtesies regarding how a Chief Commander should be addressed. Permission to carry on? Thank you sir.

Without wasting time, I would fling straight to action and ask you to kindly produce the members of the monstrous hoodlums who on the 31st January, shook the political foundation of this fourth republic at Ayawaso during a by-election that produced a victory for your party’s candidate.

Per your minister of state in-charge of National Security, Mr Bryan Achampong’s public admission, the monsters, who have been described by others as rambunctious blood tasty hooligans, are members of the National Security Council of which you are the chair.

Additionally, this same minister has told the world that he deployed the fully armed and masked hoodlums to the house of the NDC’s candidate.

It is, therefore, in order for every well-thinking person to quickly presume that he sanctioned the full display of foolishness, barbaric and shooting in an insane manner that has dented your personal image as a human right activist.

Equally, the event that portrayed Ghana in the eyes of the international community as unsafe destination for doing business, has also painted your government with blood spilled out of violence under your watch that generations to come must know.

I, am therefore, in the spirit of your call on Ghanaians to be CITIZENS and not spectators, wish to call on you, as the Chairman of the National Security Council, NSC whose rambunctious members were deployed by Bryan Achampong, to produce the masked men to face the full rigours of the law and jailed if found quilty. Period.

Mr Commander, I am putting it to you that your decision to sanction a commission of enquiry to investigate a senseless instruction issued by your security minister and deployment of forces from a council you chair is not a wise one.

It is an act of deception, cover up that only goes a long way to vindicate the likes of Nana Kofi Coomson, a veteran journalist who said he would not be able to sleep soundly under your presidency.

Because I am a proud Citizen, I wish to be charitable and suggest to you that your failure to squeeze hard the balls of Bryan Achampong to bring all the men he deployed on the day, would again, not just affirm perceptions that you have strong appetite for violence but it would also confirm that you are vindictive.

Mind you Mr president, most of your appointees have already justified the heinous crime perpetrated by hoodlums from your council because in their views, similar incidents happened at Cheriponi, Wassa Amenfi and other places where by-elections were held when the NPP was in opposition.

I laugh out loud when I hear people in government say this because it always resonates and begs for one question which is that; do our politicians refuse to think when they are in power or they have two minds for thinking, one for opposition and one for power?

Mr President, is it not absurd that some of your men and women who showed maturity and communicated wisely while you were in opposition have now turned boys and girls and putting up such infantile defence?

I am sure you don’t support their myopic stances on the issue do you? Again, have you ever wondered why Ghanaians voted massively for you in 2016 in an unprecedented manner or maybe like other party serial callers, you also believe that you won the 2016 elections simply because your party was vigilant and prevented the NDC from rigging?

For your information Mr president, such senseless acts of hooliganism, vigilantism, hoodlumism, hardship, high levels of insanity and stupidity that happened under the NDC, were major driving forces that influenced many electorate to vote the party out of power.

The hope of the ordinary Ghanaian voter on the street was that a government under you would place the country on a sound footing and represent a paradigm shift where senseless acts of violence like what we saw at Ayawaso would never happen again.

So why should you, the “Darling Boy” of the masses superintend over a needless competition for laurels in hooliganism, vigilantism, hoodlumism and the use of politically incorrect statements such as your recent attack on the innocent visually impaired persons in the country?

By the way, have you noticed that people have been so emboldened to commit crimes with impunity since you assumed the realms of government as the president and the Commander in-Chief of the Ghana Armed forces?

Do you remember the gruesome murder of Major Mahama, the GPHA lady and most recent the assassination of Ahmed Suali, the journalist?

In fact, the last time a raised these issues in a discourse, my NPP friend quickly referred me to the murder of the former member of parliament, Mr J B Danquah Adu which happened under the NDC and I was not surprised because seeking equalisation has been a chorus on the lips of both NPP and NDC politicians.

Could we the citizens presume that our two most popular parties are the same kind of wine put in bottles of different shapes and colours? Maybe precisely so.

Seriously, all is not well with Ghanaians at all in all spheres of our lives under you in charge as the NSC Commander because your people keep using big English to defend and confuse the ordinary citizen with grammars that do not in actual fact, have any bearing on the suffering of the people but that is not my focus currently.

My main intention is that you kindly produce the members of the National Security Council who were deployed by Bryan Achampong to the house of the NDC candidate to face justice at the court so that Nana Kofi Coomson and other Ghanaians could sleep under your government.

Honestly speaking, the permutations as to how the security in the general elections in 2020 would look like, is currently underway in the minds of many well-meaning Ghanaians and these follow the precursor we witnessed during the Ayawaso by-election.

Mr Commander, do you please remember the harm your famous or infamous “all die-be die” mantra caused you in 2012 and the kind of image the mantra created for you? Well, in case you have forgot, kindly let me remind you that it projected you as a violent person.

Yes, many Ghanaians predicted that Ghana would not be safe under you and this perception is gradually becoming a reality due to the high levels of insecurity instances being witnessed under your watch.

NSC Commander, do you remember that immediately you decided to contest the EC’s declaration that the NDC has won the election in 2012, some of your supporters massed up at Obra Spot near circle and caused mayhem?

Well, it is public knowledge that some innocent persons perceived to be NDC supporters were stabbed to death by these your lawless supporters who have gathered at circle and yelling for you.

These your angry supporters were completely violent weren’t they? Comparatively, they did worst things in a public space but for the sake of national armistice and tranquillity, NDC “mecho men” were not masked to go and kill them in the name of non-existing entity called National Security Council.

So why should NSC masked men be deployed from the seat of government to go and kill harmless supporters of the NDC in the house of their candidate on an election day as though they had visited Jubilee House with arms to over throw you?

Mr Commander, with the greatest due of respect, may I humbly ask if you will be happy to see any of your beautiful daughters shot by masked men during elections 2020 just the way the NDC supporters were shot?

Or how would you feel if masked men visit your brother’s house and open fire on his family because someone wants to win an election within the vicinity?

It is instructive for you to recognise that our votes for you in 2016 was a contract we signed with you which among other things, requires you to protect us equally without and form of discrimination.

However, your loud silence over series of political hooliganism that have occurred under your government are ample attestations that Nana Kofi Coomson, the veteran journalist indeed, knew you inside out.

Mr Commander general of National Security Council, please, kindly stop the cover up tactics and order your minister, Bryan Achampong, the man you appointed on merit to bring his hoodlums to face prosecution, period.

This is all that Ghanaians want from you so that we could be assured of a peaceful election in 2020 just as it happened in 2016 for you to become the president.

Mr Commander, just prove to the world that the ALL DIE BE DIE mantra which hanged around your neck like an albatross, does not in actual sense, represent your true character and that you detest violence of any shape.

Honestly speaking, it would be difficult for me to tell whether Ghanaians would renew their social contract with your government but I do know that the departed souls of Ahmed Suale and Major Maxwell Mahama and those shot by your party forces in your designed uniforms are calling for justice.

I am a true CITIZEN. Thank you.