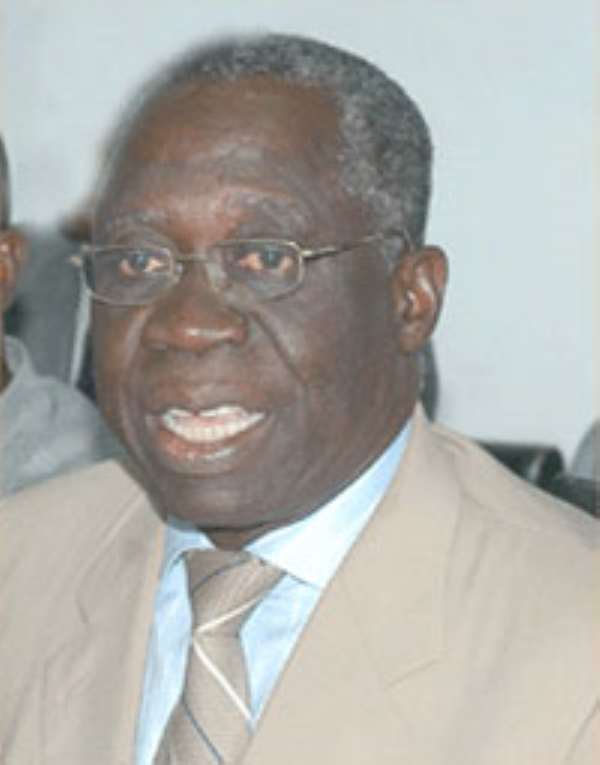 As all indications point to the fact that President John Agyekum Kufuor is set to announce a major shakeup in his government, some Ministers of State have been thrown into a state of fear and panic as they keep parading the corridors of the Castle to ascertain their destiny.

The Independent can reveal that against all odds, unless the unexpected happens to change his mind, the President is set to soon announce a reshuffle, which is expected to affect most ministers and deputies, including some regional ministers and district chief executives. The Independent has learnt from sources close to the President that most of the ministers to be affected are very senior members of the Kufuor government who are seen as very hardworking and who have served the government since 2001.

Prominent names in the list which our sources say is lying on President Kufuor's desk at the Castle and ready to announce are, Mr. Yaw Osafo Maafo, Minister of Education and Sports who is scheduled to be posted to the Eastern Region as the regional minister, while Mr. Albert Kan Dapaah, current Minister of Communications and Technology is billed to replace him.

Sources said President Kufuor is miffed at the outright and blatant disregard for his directives that no minister should campaign for the flagbearership of the NPP and that any minister wishing to do so must consider the threats of such action to his position. One of the sources alleged that Mr. Osafo Maafo has been cited as one minister who has flouted this directive and been seen openly galvanizing for support to further his presidential ambitions.

Meanwhile investigations by The Independent has revealed that since the news of President Kufuor's intended reshuffle broke out, some ministers have been having sleepless nights over their fate, as they await the D-day when the announcement would finally be made.