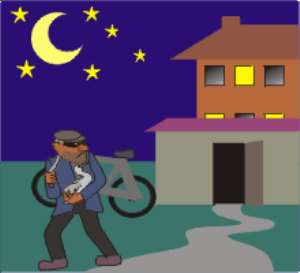 Assin Fosu (C/R), Dec 5, GNA - A Marketing Clerk of the Produce Buying Company (PBC), Kuntu Blankson, has bolted with 39,375,000,00 cedis meant for cocoa purchases this year at Assin Ochiso, in the Central Region.

Mr Francis Ampong Boaful, Assin Manso District Manager of the PBC, disclosed this to the Ghana News Agency (GNA) at Assin Fosu. He said the Marketing Clerk collected the amount under the pretext of purchasing 70 bags cocoa but had since then been "playing hide and seek" with tricks with officers of the Company, adding that, all efforts to track him down had proved futile.

According to Mr Boaful, the Assin Fosu Magistrate Court had issued an Order of Absconding Warrant for the arrest of Kuntu Blnakson. The Manager said he could be hiding in one of the suburbs of Accra or Tema. He advised Marketing Clerks in the district to ensure that they did not fall into such temptation, which could wreck their job.

Decision To Let Us Manage Ambulances Laudable--Ambulance Ser...
43 minutes ago