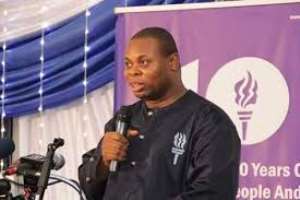 The cost of enforcing contracts, if too high, can act as a disincentive for those seeking justice. Douglas North (1990) stated that the lack of low cost mechanisms for the enforcement of contracts was “the most important source of both historical stagnation and contemporary underdevelopment in the Third World”.[1] In Ghana, the costs associated with enforcing contracts is 23.0% of the claim value. Comparatively with other countries around the world, the cost in Ghana is relatively low. The average cost for enforcing contracts in sub-Saharan Africa is 42.3%, while the average cost in OECD High Income countries is 21.2% of the claim value.

Ghana's cost for enforcing contracts is one of the lowest, comparing to the selected countries in Table 2. The country with the best ranking in sub-Saharan Africa for the Enforcing Contracts Indicator, Mauritius has costs of 25.0% of the claim value, while Singapore, with the World's highest ranking for Enforcing Contracts, has a cost of 25.8% of the claim value. Comparing the countries in table 2, only Spain, Norway and the Republic of Korea (South Korea) have lower costs than Ghana, with 9.9% and 12.7%, respectively. Despite the fact that Ghana does relatively well in this category, there is still some room for improvement to ensure that the process of enforcing contracts is as efficient as possible.

Figure 1: Summary of advantages and disadvantages of the three main types of Court Enforcement systems

Currently, the system in Ghana is predominately court-enforced, with some use of bailiffs for the repossession of goods. This system has the advantage of ensuring quality and being relatively inexpensive for consumers, as shown in Figure 1. However, some of the downsides of this model are that it tends to be over-formalised and slow, as evident by the fact that enforcement takes 330 days, almost a year in Ghana. Research on enforcement regimes ,studied by Gramckow (2012), suggests that the most efficient and effective model of enforcement is one where there is a specialised agents and/or well-defined mixed methods[2]. However, the efficiency of the system depends largely on the context it is being operated in, rather than the model used, as well as the willingness of stakeholders to enforce productive processes[3].

In countries such as Spain and Poland, there is a court-controlled enforcement system. In Spain, where enforcement fees are 0% of the claim value to the plaintiffs in commercial cases, the judge is required to issue an order after an application is submitted to the court[4]. Implementation of enforcement is then the responsibility of court officials or lower-level enforcement agents. A key advantage of this system is the high level of quality of decision making as judges are well educated and trained. There is also the advantage of consistency in standards applied to adjudication and enforcements, as stated in Figure 1[5].

Another system of enforcement is for the Executive branch of the government to administer judgements. This system uses publicly-employed bailiffs that report to a ministry to recover money owed. This model is most commonly used to retrieve public law debt, taxes and other debts owed to the state. However, there are a few countries that use this type of system to recover private debts, particularly in Eastern Europe and Scandinavia. For example, Finland, with enforcement fees standing at 0.2% of the claim value, has the National Administrative Office for Enforcement, which operates under their Ministry of Justice and is responsible for the collection of public and private law debts. Similarly, Russia, which has enforcement fees of 0% of the claim value has a Federal Bailiffs Service, an agency within the Ministry of Justice, that is responsible for the enforcement of all judgements in the country. However, due to the hierarchical nature of the Executive model of enforcement, there is a high risk of corruption. For instance, Russia's Federal Bailiffs Service was found negligent by the Russian Prosecutor General's Office in 2018, for not complying with certain court rulings in favour of some entrepreneurs and businesses.

Some countries use a system of Liberal Professionals, also known as Private bailiffs or enforcement officers. These professionals are generally specially trained and have financial interest in efficient performance. As a result, private bailiffs are known for fast and efficient enforcement than the executive branch and may even provide superior performance than the court system of enforcement given that their legal education and training is high. For example, in Estonia, where enforcement fees are 1% of the claim value, a private bailiff must have a law degree and have passed special bailiff exams in order to obtain a license to practise as a bailiff. Once they are licensed and practising, they are responsible for their own actions and can be held liable for any wrongful or inappropriate behaviour. Therefore, they have an incentive to maintain a good reputation. This system has proven so effective that the number of closed cases doubled a year after the reform was introduced in 2001.

It is also important to note that using private bailiffs for enforcement takes the cost burden off the government budget and brings with it indirect benefits in the form of jobs and tax revenue. The cost, however, falls on the consumer of their services, which may prove expensive especially when pricing policy is not controlled.

In order to be more efficient and effective in terms of both time and quality, Ghana should analyse its cost system of enforcement and reform it to suit the context of the country. One suggestion, given the context that enforcement takes almost a full year in Ghana, is to set up dedicated specialised enforcement courts to expedite proceedings. This could also reduce enforcement costs. Additionally, there should be regulation of the operations of the bailiffs in Ghana to ensure that their costs and performances are efficient and accounted for. This was one of the recommendations of the Users Committee on Commercial Courts in 2018[10].

[7] Worku, L. (undated). Executions of Civil Judgement and the need to Reform the Enforcement System in Ethiopia. Available at: executions-of-civil-judgement-and-the-need

[10] Findings from the Minutes of the Users Committee on Commercial Courts, held on 31/07/18 in Accra