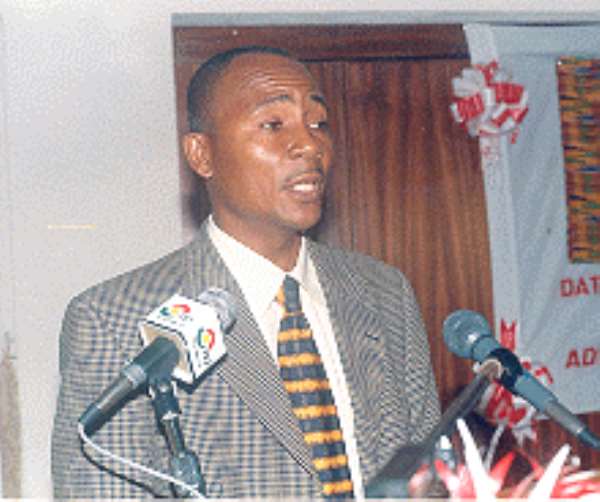 ....Join NPP or forget about development The Northern Regional Minister, Abubakar Saddique Boniface, has threatened communities in the region that claim to be strongholds of the opposition National Democratic Congress (NDC) to either 'connect' to the ruling New Patriotic Party (NPP) or forget about receiving adequate developmental projects.

According to the minister, it was inappropriate for the people in the area to clearly declare their stance against the NPP and its government, which holds the key to national development.

He expressed pity for those who were still rallying behind the NDC that, according to him, failed to rescue them from their plights.

Mr. Saddique made this declaration at Kumdi in the East Gonja District of the Northern Region, when addressing chiefs and people of the Kpandai Constituency, during the inauguration of a fan club formed in his honour.

The minister reminded the people that, "societies are static but human beings who manage political parties or the economy are dynamic, thus if you are a member in a community which is craving for development and you don't want to join the government of the day then you are deceiving yourself."

He maintained that there was no way those "so-called NDC communities" could receive any meaningful development package from the government until they connect to the NPP and see the ruling government as theirs.

Mr. Saddique, who described his statement as simple mathematics, said the government officials were all human beings with feelings like any other persons and would never defy the cry of communities connected to them and dance with the opposing ones (communities).

"How can you go against a government and expect the same government to give you attention. So if the NDC people want to see development in their areas then they should all come on board," he said.

According to the Regional Minister, the NDC government has come and gone and it would take only God's miracle for them to come back to power.

He therefore emphasized that it was unfortunate for those who thought they owed allegiance to only the NDC to continue wallowing in their old ways.

"This is the term of NPP and you must move with it. If you are an NDC this is not your time so why don't you join NPP and enjoy the national cake?

Mr. Saddique charged the people to think of peace and development in their areas, bury their political ill- feelings and show commitment to the NPP government.

"Though I seem to be coming emotional, what I have said is the actual fact because we need peace and development to apprehend the poverty situation in this region and we need more people to be close to the government who can lobby for this region. Because the little funds the government will give to all Districts Assemblies and the MPs Common Fund cannot do any good to us.

Let's face the fact and hold the bull by the horn," he said.

The minister however entreated the people to live in peace and harmony and respect all ethnic groups in the region.

He added that the government and investors could bring development in the area only when there was peace.