Women Working For Peace – The Story Of Ghanaian Battalion 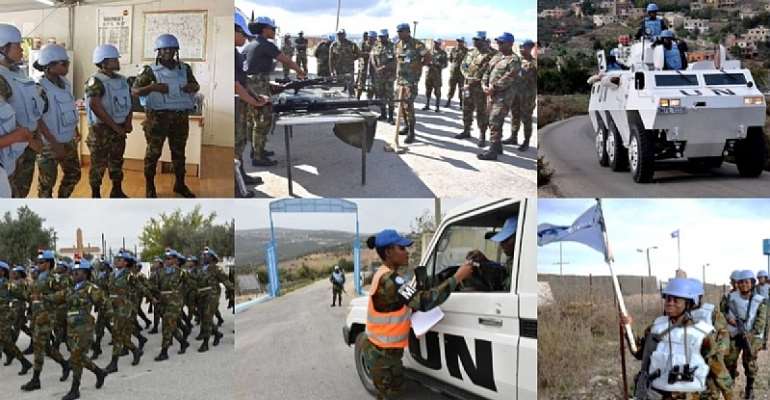 Women play a vital role in United Nations peacekeeping operations. From conducting patrols, to providing medical assistance and interacting with the communities, UN women peacekeepers not only serve in furthering peace, they also serve as great role models.

That is why the UN is putting added emphasis on having more women serve in peacekeeping operations. And there is lots of room for improvement in the numbers of women in uniform.

Between 1957 and 1989, only 20 uniformed women served as UN peacekeepers. In 1993, women made up only one per cent of deployed uniformed personnel in UN peacekeeping missions around the world.

Twenty-one years later, in 2014, out of approximately 125,000 peacekeepers, women constituted three per cent of the military personnel. That number increased to over four per cent as of 30 November 2018.

UNIFIL is one of the peacekeeping missions where currently roughly five per cent of its some 10,300 peacekeepers are women. That is a slight increase from nearly four percent in 2010, and the Mission, mandated by the UN Security Council, is putting added emphasis to bring numbers up.

While renewing the mandate of UNIFIL in August 2018, the 15-member Council requested the Secretary-General and troop-contributing countries to seek to increase the number of women in UNIFIL, as well as to ensure the meaningful participation of women in all aspects of operations.

Among UNIFIL’s current 42 troop-contributing countries, and with 105 women in uniform, the Republic of Ghana is leading the way with the highest number of women peacekeepers. This is about 12 per cent of the Ghanaian Battalion’s total strength in UNIFIL.

This photo story will walk you through what the Ghanaian women peacekeepers do while serving for peace in south Lebanon. 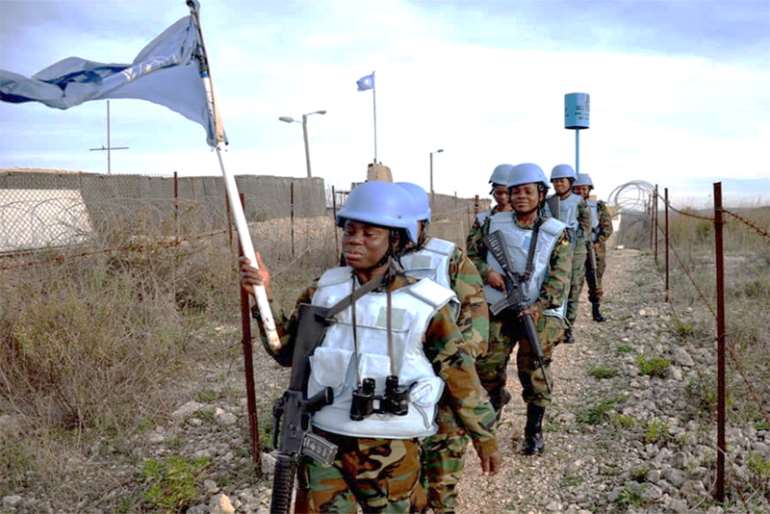 Ghanaian women peacekeepers carry out foot patrol along the 23-km stretch of the Blue Line, which is essential to maintain the existing calm in the area. 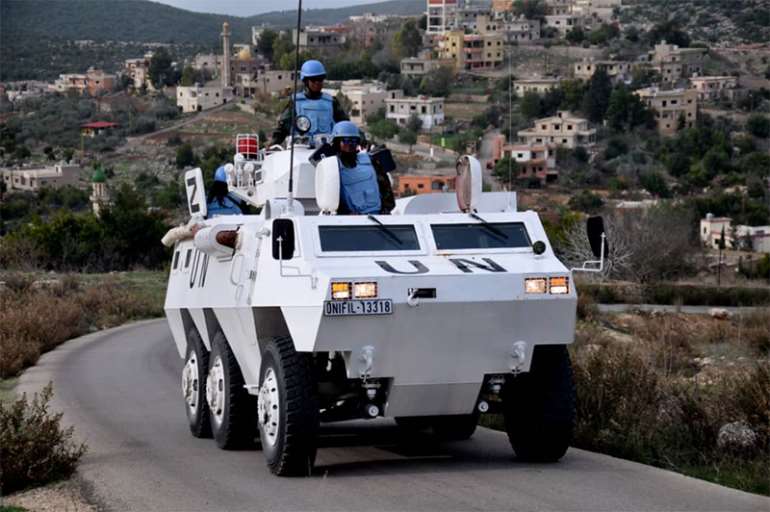 They also patrol on vehicles together with their male colleagues. 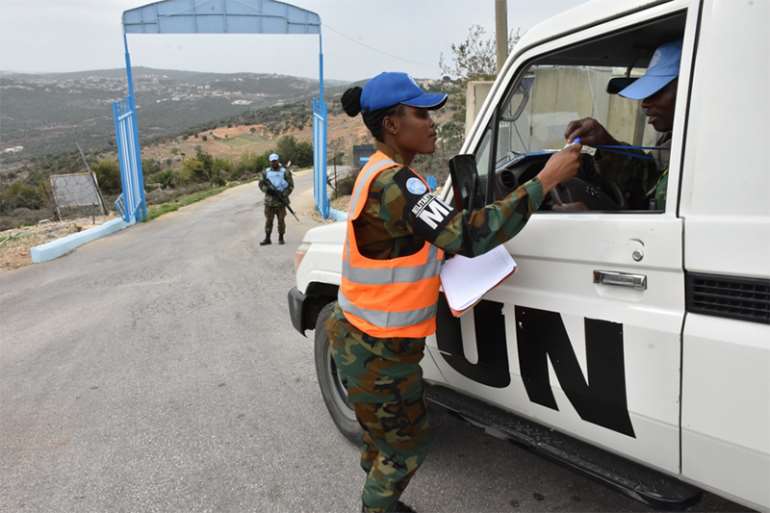 Corporal Yirenkyi Stella, a military police officer, says: “It is very important to ensure that vehicles entering and leaving the camp are well checked to ensure the safety and security of personnel. For me it is unique that the security and wellbeing of my fellow colleagues, both men and women largely depends on how well I conduct my duty. I am therefore playing my part in maintaining peace and security in Lebanon.” 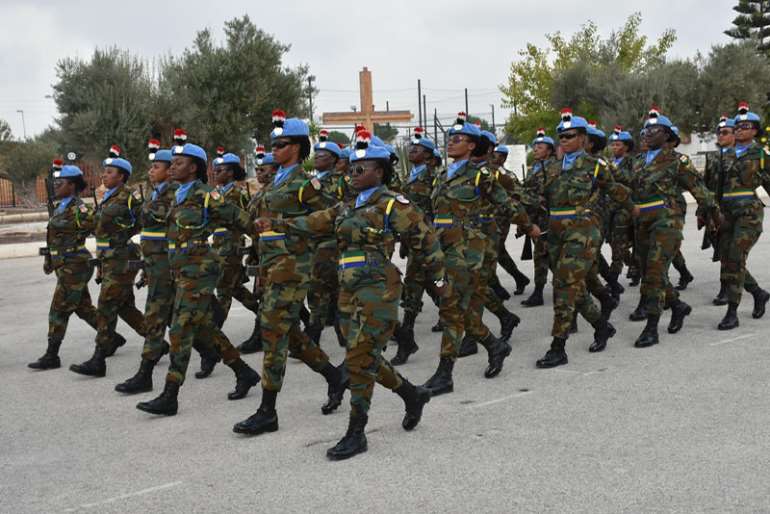 Women peacekeepers from Ghana take part in ceremonial activities and medal parades alongside their male colleagues.

One of the key tasks of Ghanaian peacekeepers is to conduct day and night patrols. These female peacekeepers receive a briefing from their platoon commander before embarking on a patrol. 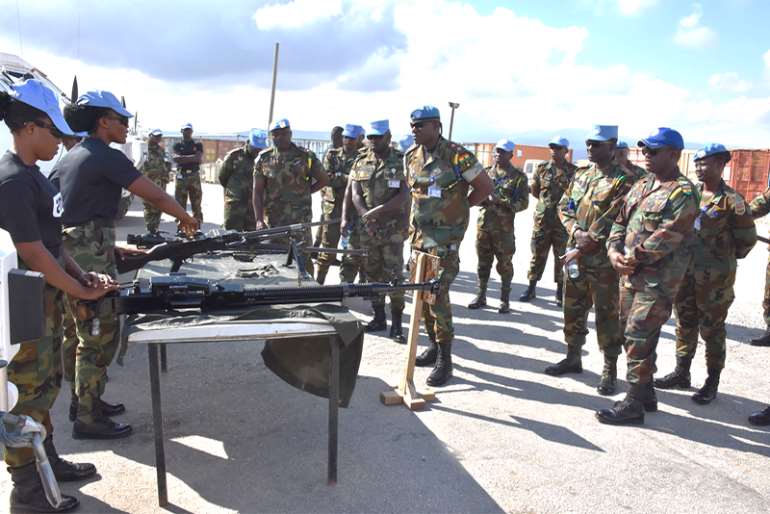 The current Ghanaian Battalion has three female gunners, who operate the machine gun on board the Armored Personnel Carrier and also act as the eyes and ears of the commander in the field. 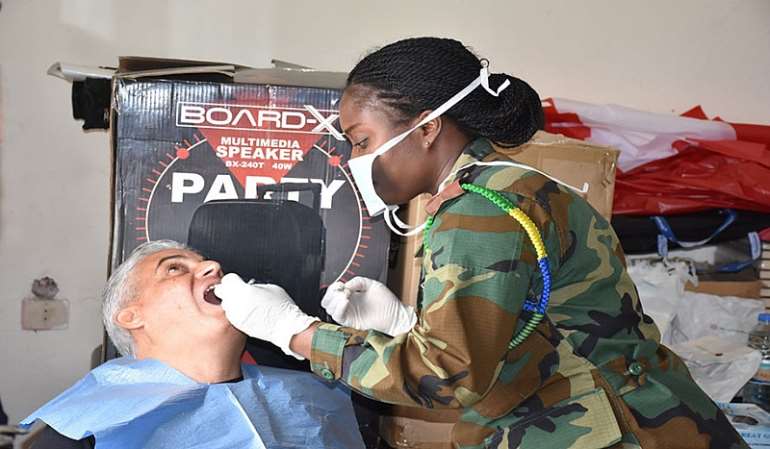 Captain Odei-Kissi Henrietta, a dentist who has served in the Ghanaian Army for 14-years, says: “My passion is to help people. There are several people who are not able to afford dental care. It is therefore an honour to serve the local people through the use of my skills.” 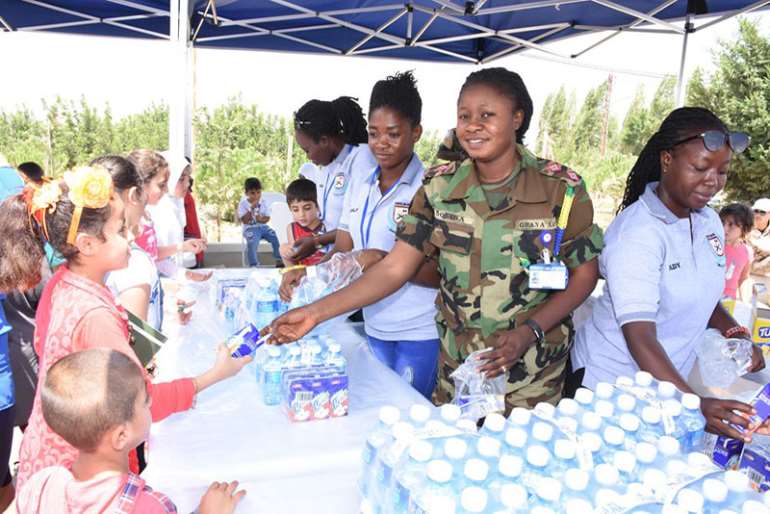 Lieutenant Lucy Doliba and her team distribute food supplies at a children's festival in Tibnin. 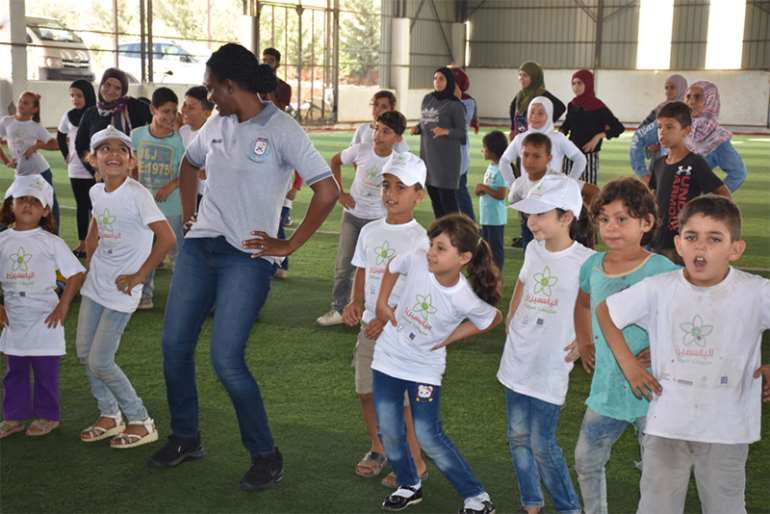 Sergeant Kpeem Cynthia leads an aerobics session with children of a special needs school at Ayta ash Sha’ab. She says: “It is such a privilege to bring joy and smiles to the faces of these children.” 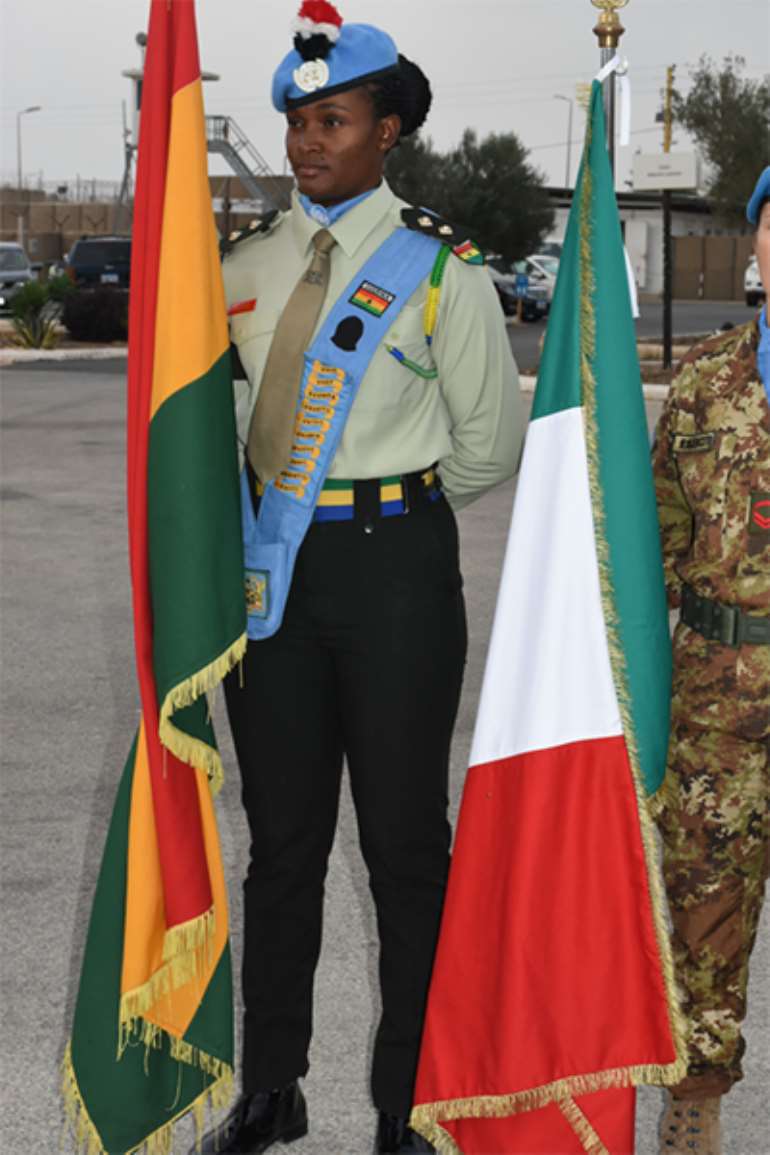 Lieutenant Tracy Telfer recently had the honour of being the first woman to carry the flag of Ghana at a special ceremony.

Captions were provided by Captain Elizabeth F. Salifu of the Ghanaian Battalion.