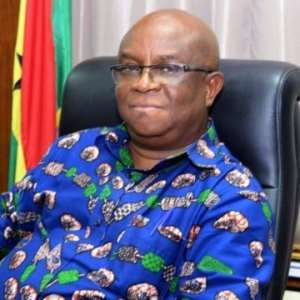 The Volta Regional Minister has warned civil servants at the various Municipal and District Assemblies (MDAs) against the habit of frustrating the activities of the assemblies.

Dr Archibald Yao Letsa said some officers of the assemblies refused to comply with orders and worked with no urgency, hindering key government initiatives in the region.

The Regional Minister said this when a representative of the Regional Director of Education at the last meeting of the Volta Regional Coordinating Council for 2018 said the Directorate was yet to receive the Basic Education Certificate Examination (BECE) analysis of 14 out of 25 Municipal and District Education offices.

The representative said only eleven district education offices have submitted their 2018 BECE analysis though the students were now in Senior High Schools.

It was also discovered that out of the 98 Senior High Schools in the region, only 32 had submitted their WASSCE analysis for the year 2018.

The Directorate said their actions were hampering efforts at interpreting the performance of the region to inform policy direction.

Participants at the meeting were also informed that some staff of the Department of Agriculture in some districts failed to submit reports on the progress of the Planting for Food and Jobs initiative, making it difficult for the Regional office to submit accurate data to the sector Minister when he requested for it.

The Regional Minister said such acts of indiscipline would not be entertained in 2019 and stated the resolve of the Regional Coordinating Council to 'deal' with those elements wasting taxpayers' money.

Structure of government's debt restructuring plan is unaccep...
37 minutes ago

Cocoa farmer killed by fallen tree at Mankranso
53 minutes ago