The Green Side Of Emotions 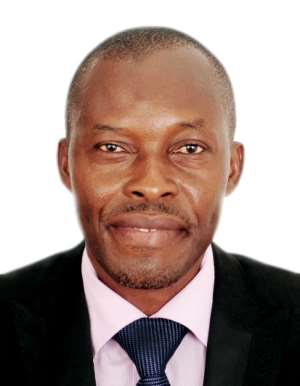 Emotions arouse universal sense and extract wide popularity in the business circles that make a difference in customer satisfaction and directly linked to outstanding performance. While some businesses use it as a unique selling proposition, others use it as an appeal to motivate a purchase. Zeiththaml, Bitner and Gremler (2006) emphasized that customers’ emotions can affect their perception about pleasurable level of fulfilment as specific emotions may also be induced by the consumption experiences. In a related development, Daniel Goleman highlights emotional competence as basis of outstanding performance with Richard Templar, in his first rule of management dissection, advocated for getting the team emotionally involved for success.

According to Baumeister and Bushman (2014), everyone knows what an emotion is until asked to give a definition. Some psychologists use the word emotion, mood and affect interchangeably but the most common definition is a full-blown conscious state that makes an evaluative reaction to some events. This to me makes emotion a closed loop feedback that deserves attention. The oxford dictionary of psychology defines it as short-term evaluative, effective, intentional, psychological state including happiness, sadness, disgust and other feelings. Emotions are important for lives and humans generate it very young. Dr Jonice Webb indicated that childhood emotional neglect can be attributed to parents failing to respond to children’s needs. She equated an emotionally neglected household to a musician in a world with no music. Consequently this harm children: these do not enhance social development of children, feedback is seen in unhealthy way, inability to seek help, panic over strong emotions and most especially the dominance of fear in their dealings.

The influence of culture exists in some aspects of emotions as researched by Nangyeon Lim. In his assertion, one of such important aspect of emotions is its arousal. In the western world or individualistic culture, high emotions arousal is valued while in the collectivist culture, low arousal emotions are given prominence. Baumeister and Bushman hold the view that most emotions are quite similar across cultural boundaries. In an evening with Moore, on the convergence of global leadership development and foundation for organizational strategy, organized by CIMG recently, he singled out culture as an integral part of any change. In Africa, emotions are attached certain values as enumerated by Mark Wien: greetings, respect for elders, pointing with the index finger as offensive, overhand motion calling, eating with the right hand, concern for the sole of the foot, hissing and kissing sound, the use of silence in Africa value, less importance to time, flexibility in dealings, controlling anger, frustration and impatience, positive communication, relationship, receiving gift with both hands, not talking while eating , personal space in Africa terms , the unstated –sorry we,re out. In Ghana, the components of the events of life and other forms of artistic and cultural expressions are important amid the traditional belief system, concepts of birth and death, religion, politics, sports and other social activities have some functionality, symbolic and aesthetic values. These are used to arouse and inspire emotional involvement.

The green side for the creation and sustenance of emotional appeal is the powerful feedback system which tells us whether something is good or bad because you only have emotions when you care about that object of interest. As hinted by Bushman et al emotions provides immense benefits: it promotes belongingness and come into play when people form and avoid emotional distress by forming and maintaining good social relationship, emotion guides behaviour because once aroused people need to take action since emotion energizes the mind and the body and when emotion causes behaviour it is because the person wants to change or escape some emotional state, it also guide the thinking and learning bearing in mind that the feeling of liking and disliking arise infraction of a second and can be helpful, it also helps in decision making and choices by virtue of the fact that we are able to evaluate whatever has just happened in order to decide the way forward and emotion broaden and expand our individual mindset and in turn build physical, intellectual and social resources.

The direction on performance is to consider the emotional intelligence of managers, a topic that is relevant in all circles with contributions on knowledge by the Harvard Business review in 1998 as mentioned by Bushman et al. This led to the development of the emotional intelligence test (MSCEIT). This sought to measure four branches of emotional development. In the first branch, there is the need for management to recognize how they and people around them feel. This will also involve extending the measure to even the emotion in objects, music and other stimuli. In the second there is the need to measure emotional intelligence through their facilitating thought in relation to their ability to generate emotions. Also, there is the need for managers to understand complex emotions and how emotions can transition from one stage to another and managing emotion also borders on the ability to be opened to feelings and modulate them in order to foster understanding and growth.

As the year comes to an end, there is the need for introspection and as suggested by Daniel Goleman in his book of working with emotional intelligence, the success of at the highest level depends on emotional intelligence rather than technical and intellectual competence. In quest to achieve this there is high premium on self-awareness by recognizing the emotions you are feeling in every aspect of your lives and why this emotion, accurately assessing your strength and limitation with the confidence to achieve your goals for the year amid the aphorism by Horace Walpole that the world is a tragedy to those who feel it and a comedy to those who think.

Hottest Photo Reports
Catch up with all the political quotes from our politicians.
Advertise here
More Opinion
ModernGhana Links
Raising The Stakes, Changing The Pace
Why should religious tolerance be encourage in Ghana
Can Hemp (weed) Help In The Fight Against Corona?
Police and investigating witch-bloodletting in Ebonyi State
Benchmark value: The facts the ordinary Ghanaian should know
A Sad Day For The Environment
Medical Education In Ghana, The Preserve Of The Rich And Privileged
China and the US Competition over Africa
Ankara’s rising defence trade to Africa, is it drone diplomacy?
TOP STORIES