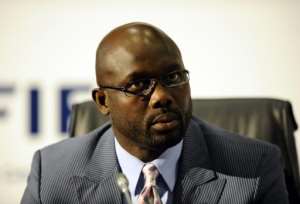 Those who have been lavishing President Weah with awards and honorary degrees must have forgotten to award or name him as the Chief Priest / Chief Zoe of patent theft and plunder, taking into consideration the speed at which the president is acquiring massive private properties just in the space of 11months of his presidency. But we can understand that the givers of these awards are bereft of that sense of patriotism that devotes one to the welfare of the republic and its people. They do not experience the emotional pains that patriots feel whenever the collective aspiration, dignity and culture of the people are being abused and exploited by serial rascals. Therefore, they have not only chosen the path of sycophancy but have also buried their heads in the sand like the proverbial ostrich, refusing to subject Weah and his handlers to objective evaluation or analysis. To these bootlickers, it is a taboo to tell George Weah in the face that few years ago he lived on handouts from friends and Ellen Johnson Sirleaf; therefore, his overnight wealth must be scrutinized.

But as the fate of the Liberian society hangs in the balance due to the insurmountable slew of social contradictions being generated by the farce in the Weah-led government, the popular indignation of the people will not be consigned to obscurity as more and more of the masses are coming to the realization that the regime is a fetter on social progress. The loot, plunder and profligacy of George Weah will not be hidden by these social parasites who rain praises and awards on the emerging despot in exchange for the tasteless morsels that fall from his table. Our optimism is that patriots will not sit with indifference while their homeland is plunged into the abyss by a legion of social riffraff whose obsession with political power was never foundation on the sense of public spiritedness and social transformation but rather the thirst for wealth and social status. As we always say the main objective of man’s existence is to progress and improve the social environment of his offspring. And that man has adopted different means in different circumstances to resist individuals and outmoded institutions that come in the way of his quest to survive and progress.

Yes! George Manneh Weah is the newest chief priest of theft, plunder, loot, profligacy and racketeering. We reject the cliché that he loves his country and has his people at heart. No man who loves his country and has his people at heart will assume the presidency and in less than a year acquire for himself a luxurious private jet, units of exotic mansions, a refurbished resort, hundreds acres of private land, etc. while his people are being crushed by the trilogy of illiteracy, poverty and social backwardness. In the face of an economically deprived people, President Weah basks in the sordid pool of ill-gotten wealth from the resources of the country. In the face of the daunting challenges, the President is seen leading the nouveau caravan of social elites as they swim in the cesspool of opulence. This is the man who about a year ago could not afford to pay child support in the US. He lied to the court in the US that he made a little over USD 1000.00 as Senator of Montserrado and can only afford to pay US$150.00 monthly for child’s support. Here we are in less than a year as President of an economically ravaged nation, he has transformed into one of the richest heads of state in the region. And he and his handlers think patriots will sit in the state of inertia and passivity? These ones must have no understanding of the struggle of man in the historical process of humanity!

A leader who has the blood of a patriot running through his veins will sacrifice and live like his people while they collectively search for the solutions to the many challenges that confront the society. A leader who is serious about social transformation will not exhibit insatiable appetite for wealth while his people rot in the cage of poverty. A leader who has a sense of the historical trajectory and national consciousness will understand that leadership is about serving the people, firing their imagination, and moving with them to build a society for all and for the children of all. He will inform the people that great nations are built by great people, and that the history of all social developments has been the history of the collective involvement of the people who show the leader the way and support such person to change the social situations. For President Weah, the situation is Robin Hood in reverse: stealing from his own people to fund his extravagant social taste while the country is at the brink of socioeconomic collapse. The following are just few of the wealth President Weah has acquired in the space of eleven months as President of Liberia– an obvious reason for which we see it prudent that he be named as the CHIEF PRIEST/CHIEF ZOE OF THEFT AND PLUNDER:

This chief priest of theft and plunder is still upholding the insignia of property accumulation and the looting of funds from the national treasury. Progressively, the details will be unearthed and exposed to the public. This colossal and pervasive theft and plunder by President Weah will inevitably create in him the fear of being prosecuted and his wealth confiscated if the people democratically vote him out of power in 2023. Like Mobutu Sese of Congo, Sani Abacha of Nigeria, Musuveni of Uganda, Ali Bongo of Gabon, Yaya Jammeh of Gambia, etc., George Weah will distort our democracy and hold the country hostage to hang on to power in gross violation of the popular democratic will of the masses of poor Liberians. Matters are coming to the head; the homeland lies in ruins and deep chaos. Anarchy is everywhere in the republic as the CDC-led government has frustrated the efforts of the people and thus created contradictions which have led to the illusions the people had in George Weah to fizzle away. All over there is looming outcry as uncertainty looms over the country and the regime seems to be far removed from addressing the menaces it has created. These pandemics are generating a mood of anger and tension from below as the popular classes are getting into a revolutionary mood.

The abscess has swollen and a small pierce will make Monrovia erupt into flame, but the problem with the anger of the masses is that they want to hinge the rottenness of the Liberian republic on the plunder and corruption of Weah, although they are despicable, although Weah has shown that he is inherently corrupt. The issues of state failure, corruption and social problem are not the creation of Weah, these are systemic menaces inherent in the decrepit neocolonial socio-economic system and all its superstructures. Apart from George Weah and his cabal derailing the remnants of little bourgeois decency of this decayed system, obviously, a Weah, Sirleaf or any other individual as president changes nothing and solves no problem as time in and out the social problems will recur and multiply because these are just cogs in the engine of a system which cannot deal with the question of social emancipation. Our struggle is to smash the system and create the path for genuine political independence and economic emancipation; a path that delivers a social system that works and provides prosperity for all instead of a handful of parasites. This is where the struggle of my generation lies! We either sit to watch the people perish or fight to rescue the homeland. We must choose the latter and resent the former!

Moses Uneh Yahmia is a 2018 graduate of the University of Liberia. He can be reached via [email protected]