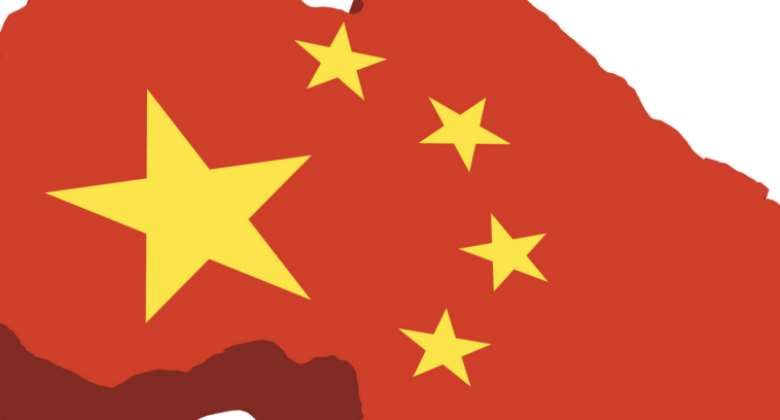 My answer is a resounding no. Rather than agreeing, it is logical to say China is practically demonstrating to Africa how to exorcise oneself from the ghost of over 400years of incessant imperialist exploitation - an exploitation that first began with the Trans-Atlantic Slave Trade and then European Colonialism and now present day Neo-colonialism which has kept African countries in that straitjacket as producers of raw materials for western monopoly capital, outposts for the importation of manufactured goods and playground of US and NATO’s military expansion. This should claim the attention of those who argue that China is Africa’s newest colonial master that is exploiting the continent’s vast resources to the detriment of its toiling people.

The argument that China is colonizing Africa is flawed by logic. It is also an attempt at waging a campaign of slander to dismiss the enormous benefits of South-South cooperation. The aim of the messengers is not to promote Africa's self-determination. They have that terrible objective of keeping the continent in the orbit of a senile and decayed Western imperialism. What I know of China/Africa’s relations is that China benefits more in relation to trade and investment with African countries. And this is natural not because of the imposition of colonial policies as we know colonialism to be. It is as the result of the socioeconomic potential of China on one hand and the economic and political weakness of African states on another hand. Africa is not the only victim of Chinese economic potential in trade and investment. The richest country on earth, the United States of America is one of the biggest victims of China’s economic prowess.

China has a favourable term of trade at the expense of the richest country in the world (United States of America. What more about small, weak and poverty-stricken countries of Africa?China has a huge landmass with a population of 1.4billion people as well as the second largest industrial economy in the world. Africa on th other hand is balkanized and consists of weak nation states with very small individual markets and backward economies trapped in the extractivist mode of production and trade. The latter is the consequence of European colonial conquest. And this has had a devastating effect on the continent even after political independence in the mid-20th Century. European imperialism used hard power to enslave Africans in the Caribbean, Latin and North Americas. It later forcefully occupied the continent to exploit its labour and resources and expand the lifespan of European capitalism. We cannot say same about China. The Southeast Asian country is using soft power; that is its political, cultural and economic attractiveness to invest and trade with African countries.

China’s rising global economic hegemony is as the result of its rapid economic growth and development which are the consequences of the Chinese Revolution of 1949. After the triumph of the revolution, the Communist Party led by Chairman Mao, reconstructed China as a civilization state. This is opposed to separate nation states like British and American imperialism wished China would have been. Such method of divide and rule provides the avenue for the unhindered exploitation of a former civilization state by foreign monopoly capital. Africa, the Middle East and Latin America can relate.

China did not adopt free market and private ownership. It instituted state ownership of the means of production and centralized planning. It also implemented a land reform program that redistributed land to the peasantry to enable its productive involvement in agriculture. The Cultural Revolution of 1966-1976 radically reinforced Chinese political system, tradition, religion, philosophy, art, etc. and pushed back against elements of alien European and American civilization. State ownership of the means of production and centralized economic planning supplied China with the needed capital to deal with the question of economic development. Thus there was massive investment in education, healthcare, infrastructure, security, energy, agriculture. These gigantic feats of the Chinese Revolution created the objective condition for the domestic production of the necessities of life. This lifted China from the shackles of importing basic consumer goods from the advanced Western capitalist economies.

State ownership and centralized planning provided trained but cheap Chinese labour. It eliminated other constraints to capital investment in the industrial sectors of the economy. Railways, roads, bridges, electric dams, hospitals, sea and airports, political stability, sky stripers, etc. were constructed in every province of the Chinese state. China became a veritable destination for the exportation of most aspects of American and European manufacturing. And this became actualized after the restoration of capitalism through Deng Xiaoping’s Opening up and Reform: market economy with Chinese characteristics. The pouring of foreign capital to further develop Chinese industries would not have been possible without the feats of previous years of State ownership and centralized planning. Despite existing features of capitalism there are still state capital investments through direct state ownership, state subsidies to strategic corporations, etc in every sector of the Chinese economy.

Between 1980 and 2000 European and American monopolies flooded into China to accumulate more profits than they could in Europe and the US. This is due to low cost of labour in China on one hand and the high cost of labour in the US and Europe on another hand. As the floodgate of Western idle capital opened in China as investments, the Chinese people were prepared to adopt European and American methods of industrial production. The Chinese state-controlled sovereign wealth funds became available to invest in Chinese owned industries and compete with European and American industrial power both domestically and internationally. Thus, according to the World Bank China has lifted more than 800million people out of poverty in less than a century. China has positioned itself as the second largest economy supplying manufactured goods to the rest of the world.

China has never forcefully occupied African land. It has never used force to deploy African labour to accumulate and repatriate the surplus profits at the expense of the African people. The African masses experienced such under European colonial occupation. China is not in the business of orchestrating military coups against African nations that have alternative development models. The last time I checked, it was the US and Britain that overthrew the Nkrumah government in 1966, Lumumba in 1961, Iran in 1953, Chile in 1973, Honduras in 2009, etc. China has never imposed sanctions on African countries that do not dance to its whims and caprices. In fact, China cooperates with instead of dictate to countries of the Global South. The latter is left to the US and allies that have used sanctions and bullies to strangulate Cuba, Venezuela, North Korea, Zimbabwe, etc. The Chinese military is only meant to protect China’s territorial integrity. China has no legacy of waging campaigns of military aggression against other civilizations like the US and allies did to Vietnam, Iraq, Afghanistan, Syria, Libya, etc.

China has no history of imposing its economic and political systems. It respects and takes into consideration other societies' histories and cultures. It is European and American imperialism that unscientifically imposed capitalism and sham liberal democracy on countries in Africa and Latin America. Countries on these continents did not have the material conditions necessary for capitalist development. But the capitalist economic base and its political superstructures were imposed as means of paving the way for capital accumulation by European and American monopolies. Additionally, there is no trace of China funding proxy wars in countries that have world views different from its geopolitical perspective. That is left to be done by US and its NATO allies. What we know of China is that it is the largest trading partner of almost every African country. Buck of imported consumer goods to the continent comes from China. China has oversea investments in finance, construction, mining, agriculture, technology, industrial production, etc. to the continent. Through bilateral arrangements, thousands of young Africans are going to China annually to further their studies in different fields.

Additionally, the Chinese government, mostly through grants has funded infrastructure projects in about 35 African countries. The AU Headquarters in Addis Ababa is a gift to the people of Africa from the People’s Republic of China. A joint venture between the governments of Ethiopia and Djibouti and China has built a 4billion worth of 728km railway line from Addis Ababa to the costal land of Djibouti. This has facilitated the free movement of people, goods and services in the Horn of Africa. The AK Railway in Jere, Kaduna South in Nigeria is a Chinese infrastructural footprint in Nigeria. In fact, according to Edinger and Jean Pierre, China’s Belt and Road and Silk Road initiatives are creating fresh waves of road, rail, port, and energy investment in Africa. Thus making the continent more connected internally and with the outside world.

China built a new airport terminal for my country Liberia. It built a ministerial complex that now accommodates about seven government ministries and agencies. China also expanded the Capital Building that has the offices and chambers of Liberia’s bicameral legislature. Chinese money has renovated the national stadium twice. Hundreds of kilometres of roads have been constructed by Chinese firms. These roads were either funded by Chinese government’s grants or loans with low or no interest rate. Not only the Administrative Complex and dormitories on the Fendall Campus of the University of Liberia but also the Monrovia Vocational Training Center and the Jackson Doe Hospital in Nimba County are trademarks of China in Liberia.

True! It is unarguable that trading between African states and China produces trade surplus for China on one hand and trade deficit for Africa on another hand. We are aware that African governments are becoming heavily indebted to Chinese banks. And the bad labour practices by Chinese firms operating in Africa cannot go unnoticed. But these pitfalls of trade and investment between China and Africa cannot be resolved by going back or remaining in the orbit of those who enslaved Africans, colonized Africa and later inhibited every effort made to build a new Africa for Africans after political independence. Africa cannot get better trade deals from China and other countries as long as the continent remains Balkanized and trapped by the neo-colonial model of economic production and trade.

Only the political and economic unity of the continent underpinned by socialist production and distribution of wealth can the African people wage a fatal assault on poverty, disease and ignorance. This will create a United African Socialist Republic of 1.3billion people with all the mineral and natural resources necessary for massive industrialization. Imagine our military potential, industrial power and flourishing technology, science, arts, literature, philosophy, culture, sports and recreation. These are only possible in an Africa of one government, one economic zone, no colonial boundaries, etc. This is the only road to altering the course of history and significantly promote the welfare of the African people: unite Africa under the banner of an African Federal Socialist Republic! We do not have the illusion that this can be achieved on a silver platter. Those who inhibited the unification of the continent in Addis Ababa in May 1963 will never let go Africa without putting up a fight. The presence of over 30 US military bases while Boko Haram, Al-Shaba and other terroists groups rage havox on the African people must tell ua theae peoplw are prepared to preserve the status quo. The exploited layers including workers, peasants and urban poor of every country led by vanguard revolutionary movements must fight for the unification and socialist transformation of Africa.