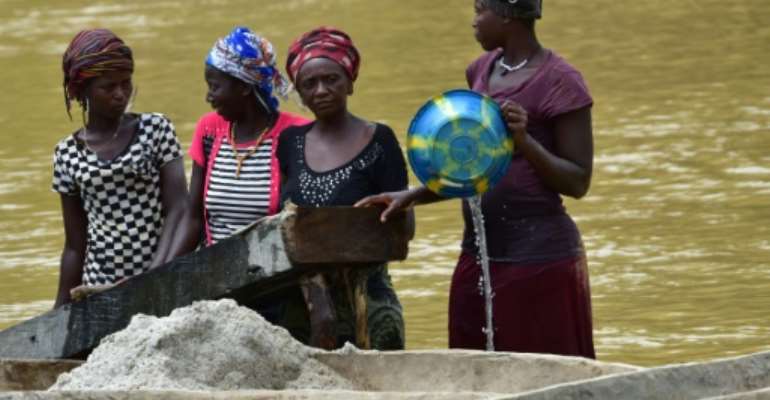 Sierra Leone wants to crack down on violence against women, particularly sexual agression and rape. By ISSOUF SANOGO (AFP/File)

Hundreds of people demonstrated in Freetown on Saturday against sexual violence against women, days after the Sierra Leone government promised a crackdown on rape and sexual abuse.

Among the estimated 300 to 400 demonstrators was the country's first lady, Fatima Bio, who on Friday launched a programme called "Hands off our Girls" to combat sexual violence, child trafficking and prostitution, child marriage and teenage pregnancy.

The first ladies of Liberia, Niger, Ghana, Chad and Gambia gave their backing to the initiative.

The number of officially reported cases of sexual violence has risen from 4,750 in 2017 to 8,505 since the beginning of 2018, according to national police statistics.

"I would advise the men in Sierra Leone to spare our girls," said Janet Kallon, an activist at the march.

"We want our daughters to go to school and to get an education."

Many sexual assault victims in Sierra Leone are teenagers, but younger children are also affected, with some abuse victims not even a year old.

On average every month, around 150 young women get pregnant due to rape, according to the Rainbow Initiative, a local organisation dedicated to the fight against sexual violence.