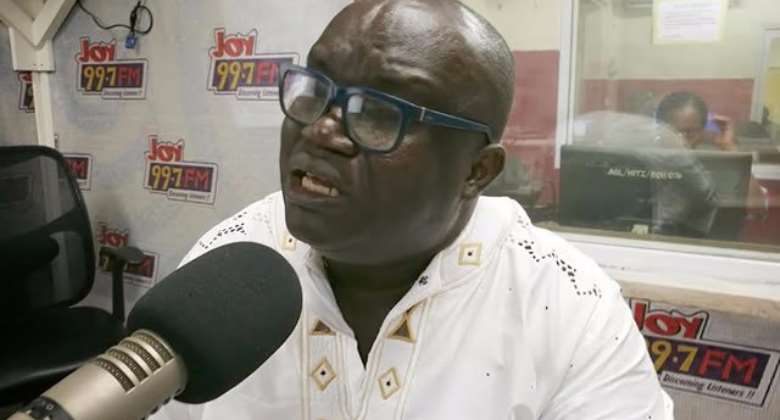 The media coalition against illegal mining popularly called galamsey is appealing to the government to effectively implement the newly crafted policy on small-scale mining.

The Covener, Ken Ashigbey is worried the new policy will suffer the age-old disease of lack of implementation which he said has attended a number of government business.

His comments come hours after government announced a selective lifting of the ban on small-scale mining.

The ban was imposed early 2017 to save Ghana’s mining environment from total deterioration.

Farmlands have been destroyed; water bodies polluted, the environment fouled due to poor and illegal mining activities across the country mainly in the Western, Eastern and Ashanti Regions.

On winning power in the 2016 elections, the newly elected president Nana Akufo-Addo declared war against illegal mining popularly referred to as galamsey.

He quickly declared a ban on all illegal mining activities in the country promising a comprehensive roadmap that will address “reclaiming and re-afforestation of mined out areas, restoration of impacted water bodies, strict supervision of awarding of mining activities…”

No sooner after the ban were threats by affected residents to vote out the NPP in the next election but the president maintained he was ready to lose an election for the environment to be reclaimed.

After almost two years the government announced the lifting of the ban on small-scale mining effective December 17.

The Minister f or Environment, Science, Technology & Innovation, Prof. Kwabena Frimpong Boateng who announced the lifting of the ban sai d that only small-scale miners that have had mining concessions validated will be allowed to mine in designated areas.

The convener for the Media Coalition against galamsey partly welcomed the lifting of the ban, especially the selective manner in which it was lifted to favour only those whose licenses have been vetted.

Ken Ashiegbey wants the selected miners to be able to act as vanguards and police their activities in order not to be infiltrated by the illegal ones.

He hoped they will be a lot more responsible this time around and called on government to implement the new policy thoroughly.

“We want to be sure that everything that has been said in that document is going to be done because in Ghana we have the situation where we have all the laws and the policies but when it comes to implementation we fall foul of them,” he said.

He also raised concerns that the government did not fulfill all the condition precedent before lifting the ban but hope government will be able to work assiduously to clean the water bodies.

He said the leakages that come from the mining of gold should be checked.