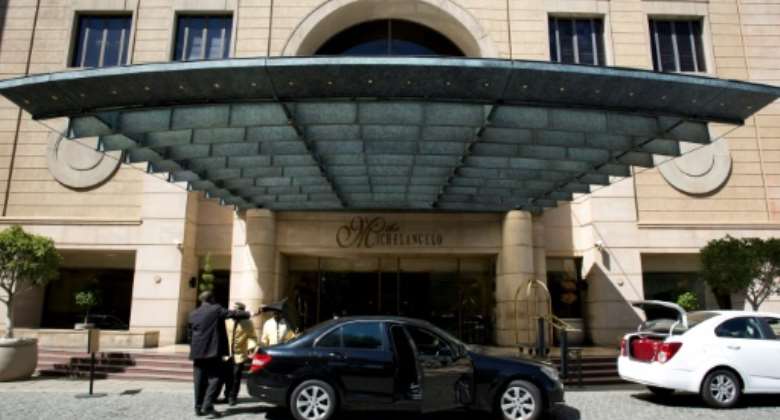 Patrick Karegeya, who was head of Rwandan external intelligence for nearly a decade before falling out with President Paul Kagame, was living in the Michelangelo Towers hotel in Johannesburg when he was killed. By ALEXANDER JOE (AFP/File)

An inquest into the death of an exiled Rwandan ex-spy chief who was found strangled in a luxury Johannesburg hotel in 2014 will open in January, a South African court official said Thursday.

Patrick Karegeya, 53, was living in South Africa when he was killed in a room at the plush Michelangelo Towers hotel in the Johannesburg suburb of Sandton.

"It's not a trial, it's a formal inquest and it starts on 16 January," the court official told AFP.

"At this stage we are holding a formal enquiry to ascertain who was responsible for the death," said the official who did not have permission to speak to the media.

Karegeya was head of external intelligence for nearly a decade before falling out with President Paul Kagame.

In 2007 he fled into exile in South Africa, where he became a fierce critic, describing Kagame as a dictator and alleging he had first-hand knowledge of the state killing of Rwandan dissidents abroad.

Karegeya's supporters have accused the Rwandan government of being behind his killing.

Another of Kagame's opponents, former general Kayumba Nyamwasa, survived two assassination attempts in June 2010 in what Pretoria described as an attack by foreign security operatives.

A magistrates court that sentenced four men to eight years in prison for attempted murder in 2014, described the attack as a "politically motivated" assassination plot.

Use dialogue, not brute force, childish behavior and 'takaas...
11 minutes ago

NDC to hold town-hall meeting in Kumasi to dissect Ghana’s a...
56 minutes ago