The Flame Of Truth Is The Light To Unravel The Lies 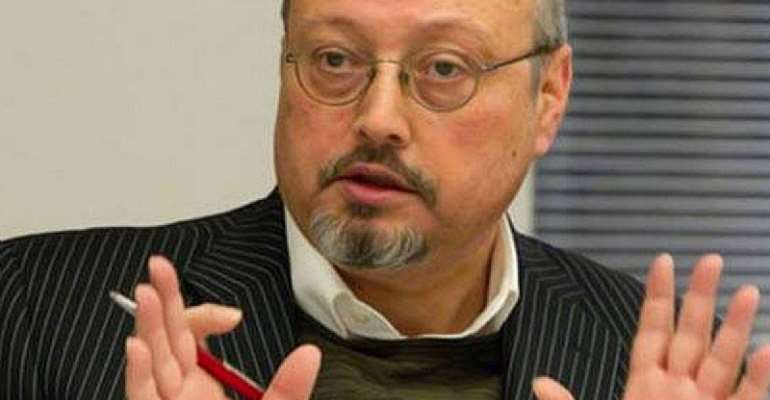 Most often than not, people get angry when you say something that goes against their beliefs and notions. This is true to a larger extent, everywhere in the world. In reaction to opposing views, some threaten, others hurt and some pulls the trigger to kill. And this is absolutely unacceptable and against basic human rights.

We live in a so called civilised century where journalists try to showcase the dark side of society and accordingly push for changes to be affected. By so doing, the journalists portray their views to the status quo by either writing or speaking against the odds. In this part of the world, people are shot dead when their ideas or views are contrary to the power players in the world of so called democratic set-up.

We live in a century where "Justice" is just a word, we never saw how it works, how it applies to the powerless in society and how the poor child from a poor family gets justice for being wrongly accused of murdering a relative of a minister, an ambassador, a president and high profile personalities. We only see how injustice works because the affected persons happen to be the downtrodden, the marginalised, the powerless in society. For those who are powerful, they easily manipulate "injustice" to appear "justice " and we have majority of bootlickers and uncultured people supporting such barbaric acts - silencing journalists, artists and intellectuals is the best tactics of violent bullies, who try to bury the truth deep inside the ground.

Jamal Khashoggi's murder shakes the world and a big blow to truth and the fourth estate of realm. And Saudi Arabia (SA) has more questions to answer than justify what they stand for. One cannot rule out the strong participation of SA in this heinous impasse. Very fishy and bizarre communication tactics employed to paint the picture that the journalist left the embassy jurisdiction in good health and that there wasn't any way he could have been killed there. Saudi Arabia initially took a strong stand of having no knowledge of Khashoggi's murder and a whole lot of fake supporting claims to buttress their evil plot. However, when international players and the world pushed SA to the wall, SA confirmed having knowledge of Khashoggi's death within the territories of the embassy. In a bid for the embassy to explain to the world, SA again revealed that it was a fight. A fight!?. With who?, which people? What communication fueld the fight? And where; I mean where is the body?

Sources from Turkish enclaves say security camera footage was removed from the Saudi consulate in Istanbul and Turkish staff were abruptly told to take a holiday on the day the journalist, Jamal Khashoggi disappeared while inside the building. Why was security installations removed? This alone tells us SA's grand scheme which saw the elimination of Khashoggi in such a gruesome manner.

This incident has a great stand in international law relative to ambassadorial duties in another country. Whatever operation which takes place within the jurisdiction of "A's" Embassy in country "B", implies that the act took place on Saudi land. For instance, the barbaric act was carried out on Saudi soil. The Saudi consulate in Istanbul is an extension of Saudi territory and anything done there is deemed to have been done on a Saudi soil. So by this law, the Saudi consulate cannot escape blame whatsoever.

I cry and pity humanity, I pity myself for being part of a generation which nurses the killing of people or journalists who are contrarians for good, to the views of power drunk leaders, I pity myself for not wielding the power to change the status quo by just a click of a button. And I pity myself, world leaders who support rich nations to bully people with contrary views for no justifiable reason.

Fellow brethren, the only way we can honour Khashoggi's memory is by keeping the flame alive and continue to fight injustice no matter how it costs us. The flame of truth is the light to unravel the lies because truth shatters their facade.