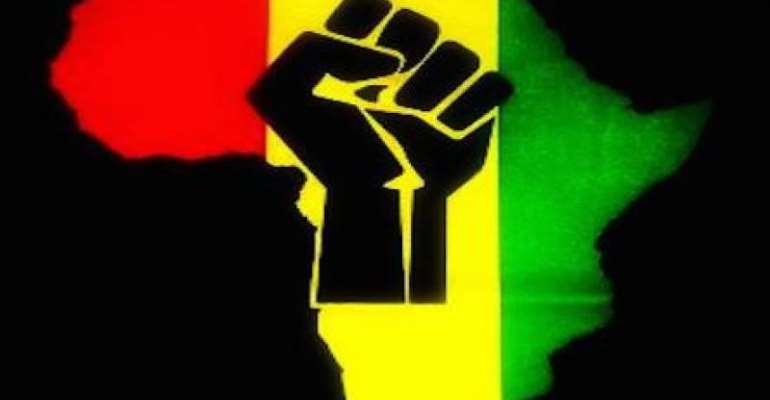 Pan-Africanism is a clarion call and a massive urge for all peoples of African descent, whether they live in North or South America, the Caribbean, Europe or in any other part of the world to realise that they are African and that they share in the African heritage. They should know that they have the responsibility of contributing to building African societies in ways that strategically position them for prosperity and progress.

Pan-Africanism as a concept symbolises the core values and principles of African nationalism intrinsically linked to the creation of an African nation that will contribute to the strengthening of continental solidarity and the building of a common destiny among peoples of Africa. The ideal also seeks to further promote collective self-reliance and economic recovery; ensure respect for the principles of human rights and democracy on the continent and fostering peace, unity, understanding and cooperation among the people and as well contribute in creating a more dignified and prosperous future for Africans and Africa.

It is part of the ethos of pan-Africanism for black people to be seen as equal with other races but not to seen as inferior or superior to any race. As an American civil rights activist Martin Luther King Junior commented “Black supremacy is as dangerous as white supremacy. God is not interested in the freedom of the black men and brown men and yellow men, but God is interested in the freedom of the whole human race”. So for those who think that our past great Pan-Africanists were struggling for the supremacy of the black race, know that you have imbibed a wrong perception of history, and for those that fight for the supremacy of the black race as ethos of pan-Africanism, know that you are as well on the wrong side of history. Equally, for those that think that the black race is an inferior race, I here and now tell you that you are on the wrong side of history and by far a betrayal to the African fraternity and humanity as a whole.

Our splendid pan-African movement operates on a robust ideological pattern which recognises the importance of all races and has the vision of achieving and maintaining a society that will operate on the basis of mutual respect for all races while carving a dignified and prosperous future for our people.

The main characteristics of Pan Africanism are that it is Africanist in orientation; socialist in content; continental in scope; dynamic in motivation; creative in purpose; humanist in approach; democratic in form; non-racial in character; and original in conception.

These are the characteristics of Pan Africanism.

Edward Mitole is senior political analyst at GPAN and the founder of African Renaissance project, he is the candidate Doctor of Philosophy of Development studies at University of Pretoria.