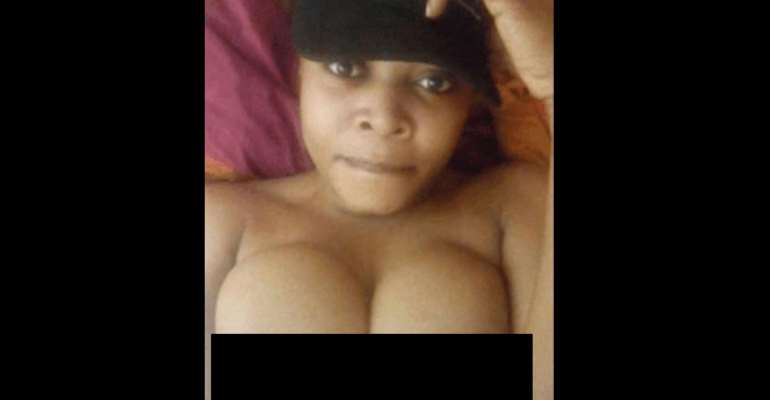 Joyce Dzidzor Mensah, the former HIV/AIDS Ambassador, who has been behaving erratically in recent times, is in the news again.

The former AIDS Ambassador uploaded her naked picture on Facebook on Wednesday evening and leveled a scurrilous allegation against former President John Mahama and his wife, Lordina.

Without providing evidence to buttress her claim, she alleged that the former President and First Lady forced her out when they realized millions of dollars were coming into the AIDS Campaign.

“I know I destroyed my life with the HIV thing. And don't need to pamper myself with lies that things are ever going to be ok. Mahama and his wife just used me to gain international attention and when millions of dollars started trooping into the AIDS Campaign, they connived and pushed me aside and all of a sudden Lordina Mahama became the AIDS Ambassador. For me, I have few days on earth and so this last music I composed and sang must be heard. Former President John Mahama, please I made this video for you and your wife, enjoy!” She posted.

Interestingly, the former First Lady was never an AIDS Ambassador.

Mrs Mahama rather used her position to tackle the spread of the deadly disease.

In another post accompanying the nude picture, Dzidzor said “I have accepted that I contributed to whatever I am going through now. But John Dramani Mahama do you think you will also have peace (sic) of mind for what you and your wife have done to me? No. A woman does not show her nakedness for no reason. You have turned deaf ears all these years as if you are unaware of the injustice you people have done to me. The poor has no justice in any part of the world. But even in my poor state, I will fight till I die. Just wait for what will unfold soon.”

The former AIDS ambassador has been making contradictory statements about her HIV status.

At a point, Joyce said she had the disease but made U-turn later.