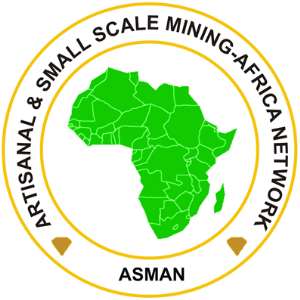 GHEITI is the Ghana version of the Extractive Industries Transparency Initiative (EITI), a global standard that promotes revenue transparency and accountability in the oil and gas and mining sectors, which has over the years afforded the country deeper insights into some of the policy and institutional weaknesses in the mining sector.

According to the 2013 GHEITI audit report, ASM’s contribute as much as 34% to Ghana’s total gold export (2013 Mining Reconciliation Report). In the 2012 and 2013 reports, GHEITI recommended that “royalties paid be differentiated between large scale and small scale holders” whilst royalty payment may be instituted at the point of export for the small operators. The question is: How does one expect the small scale operators to own decision when taken in absentia?

ASMAN is therefore disappointed that GHEITI unfavourably tilts towards issues on oil and gas and large-scale mining, to the neglect of developing small scale mining rights. Even though the Ghana Chamber of Mines has a representation on the Multi Stakeholder Group of the GHEITI, they largely represent large-scale mines, and not the small-scale mining companies. Also the suggestion that the representative of the Minerals Commission (MinCom) can speak for the Ghana National Association of Small Scale Miners (GNASSM) exposes MinCom baby-sitter role on GNASSM; meanwhile the civil society component of the World Bank’s support to Artisanal and Small Scale Mining (ASM) remains untapped

In 2016, the Australian Minerals and Energy for Development Alliance (MEfDA) sponsored a small-scale mining study tour to Ethiopia, under the auspices of Accra Mining Network, and the Ghanaian team encountered the World Bank supported CSO’s working in small scale mining projects through the Ethiopia EITI.

Therefore it is sad that CSO’s are neglected in the World Bank approved 50 million dollars support to Government’s efforts at addressing illegal small-scale mining under activities outlined in the Multi-Sectoral Mining Integrated Project (MMIP), because the MMIP has no civil society component.

Curiously the Minister of Environment, Science, Technology and Innovation (MESTI) who also doubles as the Chairman of the Inter-Ministerial Taskforce on Illegal Mining, Professor Kwabena Frimpong-Boateng however has said that Government welcomes new ideas and proposals from all stakeholders towards ensuring the successful implementation of the roadmap for the lifting of the ban on small scale mining activities.

Small-Scale Mining continuos to be the largest employer of unskilled labour, yet its operations are sparsely distributed and scattered, not well defined and largely uncoordinated, to become a tangible and visible vehicle from the grassroots. This hinders efforts to ensure a transparent, equitable and optimal exploitation of mineral resources to underpin broad-based sustainable growth and socio-economic development in achieving the tenet of the Africa Mining Vision through the Ghana Country Mining Vision.

Against this backdrop, ASMAN call for an active involvement of CSOs in the on-going war against illegal mining cannot be underestimated; and that the GHEITI Multi-stakeholder Group be proactive to include key stakeholders like the National Coalition on Mining (NCOM) and the Ghana National Association of Small Scale Miners (GNASSM); to harness the potential of small scale mining.