Why Do They Take Us So Much For Granted? 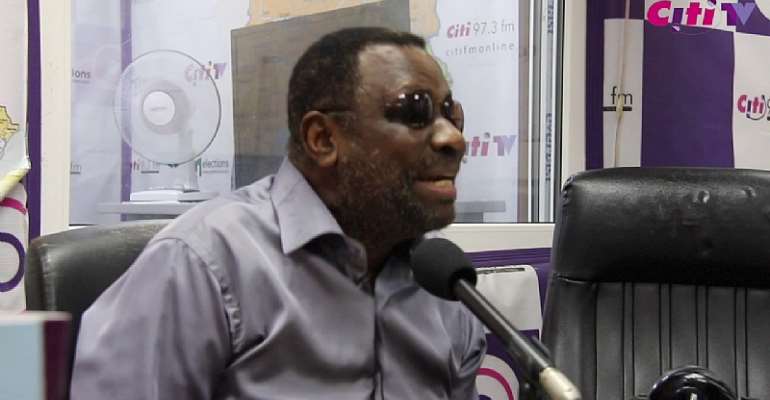 Time Out Magazine, the famous international guide to the best places where one can eat well, be entertained well and sleep well, in the world, has just paid Ghana the compliment of naming Osu, otherwise known as Christiansborg, in our capital, Accra, as “the 20th coolest neighbourhood in the word!”

What? Yes -- according to the paper, Osu is even “cooler” than City Bowl District, in Cape Town, South Africa (21)! Which is saying a lot, if you know how hip Cape Town generally is.

Is that viewpoint credible? Well, assessments of places and tastes are necessarily subjective in nature, so one may or may not agree with an individual’s judgement of certain places and facilities. Nevertheless, one tends to accord respect to such judgements, because whoever came to the conclusion would no doubt -- in good faith -- have used certain common criteria to form his/her opinion, on the subject matter.

Now, what is most ironical is that at the very moment that Time Out has dished out this amazing bonus to Ghana, in her desire to boost her tourist industry, Ghana has shot itself in the foot by – of all things – denying parts of “Cool Osu” of water!

Yes, the Osu Ako Adjei Park area, only a mile or so from the “famous and fashionable” Oxford Street (as the crow flies) has not had water for the past two weeks!

You ask yourself, so what do the thriving businesses in the area do? How do the tourists attracted by articles like the one in Time Out fare, when they go to hang out at Osu? What about the people who live there?

The answer is that like all Ghanaians, these people are stoically bearing the heavy burden placed on them by the body charged with providing them with one of the most indispensable necessities of life, water.

There was no announcement that there was going to be a water shortage in the area, either. People just woke up one day to find their taps dry. And they did what Ghanaians always do – they tried to “cope”.

Those who had money ordered water from private companies that deal in the supply of water to homes and businesses -- by tanker -- at C50 a throw.

Others sought out homes that had water storage systems and went there to beg for a few bucketsful of water for cooking or washing.

But as usual, everyone was initially optimistic. It might last for only 24 hours or even less (likedumsor used to do in the bad old days!) The residents hoped and hoped and hoped that the water shortage too wouldn’t last long. But hours turned into days and days have now turned to weeks.

And still, not a word – as far as one can ascertain – from the Ghana Water Company Limited (GWCL)!

How is that possible, you ask? Well, that is the nature of the beast that is the “country which we live in it”! (pardon the pidgin).

Now, as soon as I learnt of this water shortage, I looked for the telephone number of the GWCL. I got through to the Customer Service department. and asked them to give me the number of a person I thought could help deal with the situation. After a short period of waiting, I was given a telephone number for the official. But when I rang the number, it gave out the horrible piii-piii-pii-iiisignal which is ostensibly meant to indicate that the line is busy, but which, in reality, means the line is not working. (In Ghana, officials run away and hide when their organisations face a crisis!)

Eventually, someone from outside GWCL gave me a number for the person I wanted to speak to and I got him and told him of the situation. Initially, he wanted to know whether the shortage was in a particular house (which could have been blamed on an unpaid bill)! When I said it was the whole area, he took the details down and I assumed he would do what he could about the situation.

I have now learnt from the rumour-mill that the GWCL is working on some pipes in the area! So why did they not warn anyone beforehand? Don't water pipes and trouble go together? I mean -- pipes burst; pipes get blocked; pipes get old and have to be replaced. It happens everywhere.

All that a responsible water-supplier is obliged to do is to announce that there is going to be a disruption, and give an indication or estimate of the time it will take for the work to be done.

And then, realising the essential nature of water to human survival, make alternative arrangements to supply the people with water, while the blockage lasts.

Why has this not been done by GWCL?
Well, they've scored an own goal, for if you give the people an information vacuum, they will fill it with their own concocted notions which can be both amusing, ignorant and speculative:

1stRUMOUR-MONGER: Ho, if they supply us with water by tanker, they will take business away from the private sector! But they won’t like to do that because some of the officials of GWCLsecretly own tankers themselves. So they wouldn’t want to take business away from themselves. Even if they don’t own tankers, they know people who do – all business people are inter-connected through "underground tunnels" (so to speak), are they not!?

2ndRUMOUR-MONGER: Actually, the GWCL people are not happy to be working for the Government. Did you see how they managed to change the name from “Ghana Water and Sewerage Corporation” to GWCL, so as to make it sound as if it was a private “limited liability company”? They want to go the whole hog now and become completely privatised. That way, the officials and their secret business associates can buy shares in the company and make as much profit from water supplies as they like. They know that the statutory bodies charged with regulating companies in this country never do their jobs!

ME: Do you mean you actually suspect that they are deliberately creating disaffection with the public, so that the public will put pressure on the Government to privatise water supplies? Where is the evidence for that, man? It sounds far-fetched!

3rdRUMOUR-MONGER: Hahaha! Johnnie-just-come! Charlie, in this country, nothing is to be dismissed out of hand like that oh! What he is saying is possible. I mean -- how dare a publicly-owned company deprive tax-payers of an essential thing like water for two weeks? Ask yourself: does the Government even know about it?

2ndRUMOUR-MONGER: Yes -- I am sure the Government has not been told. For how can good politicians allow a situation to exist in which potential voters are alienated by being deprived of water for a good two weeks, and nobody even bothers to tell anyone anything by way of explanation?

3rdRUMOUR-MONGER: Or indicate when the shortage will end?

1stRUMOUR-MONGER: IF IT WERE SOMEWHERE ELSE, THERE WOULD BE ANGRY DEMOS AGAINST THE WATER COMPANY!

3RDRUMOUR-MONGER: Ha – over here, they know we are apathetic about our rights, so they take us so much for granted!