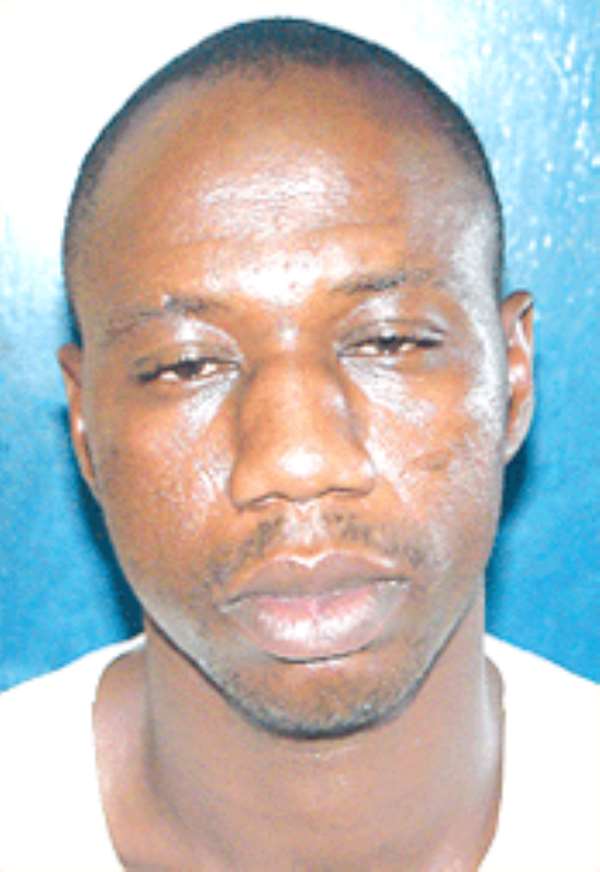 The unfolding scandal at the Controller and Accountant-General's Department has taken an unusual twist with one of the four accused fraudsters refunding ¢757,121,939.95 to the state.

The accused, Daniel Opoku, formerly of the Payroll Processing Unit of the department and now with the Tema Municipal Assembly (TMA), made a rare confession to investigators and disclosed that he invested his share of the booty in NDK Financial Services.

He then proceeded to request the financial institution to refund the money to the Controller and Accountant General's Department.

The NDK Financial Services Ltd obliged and accordingly issued,on his behalf, a cheque numbered 392079 and dated October 13,2005 for ¢757,121,939.95 to be paid to the state. Two signatories of NDK authorised Merchant Bank (Ghana) Limited to pay the amount.

Opoku, together with Benjamin Jangay Doku, the Head of the Payroll Processing Unit, Peter Ntim, Audit and Investigations Unit, and Philip Kissi of the Final Accounts Unit of the department, was alleged to have made illegal transfers into the accounts of some companies, leading to the loss of billions of cedis to the state.

The four were arrested last month but while investigations continued into the case, Opoku revealed that he had invested his share in NDK Financial Services.

Opoku was said to have invested the money in the financial institution and was spending the interest which accrued on it.

The Controller and Accountant-General, Mr Christian Tetteh Sottie,in an interview in Accra yesterday, said officials of the Bureau of National Investigations (BNI) were still investigating the matter to ascertain the actual amount which was embezzled by Opoku and the three others.

In addition to the four, Doku's and Kissi's wives have also been arrested. Daniel Opoku used to work at the Payroll Processing Unit until he was transferred to the TMA two months ago.

Investigations by the BNI had established that in March 2005, Opoku transferred ¢200 million to an account purported to be for the Tema Workers Association.

In April 2005,the suspect caused to be transferred an amount of ¢351 million in the name of Agric Circles Association to a financial institution.

The BNI said Opoku,in May 2005, also transferred ¢351 million in the name of United Line Purchase into a new account with the same financial institution.

It said in June 2005, Opoku merged the accounts of Agric Circles Association and United Line Purchase under a new name,United Investments.

Further investigations had established that the suspect had so far appropriated ¢24 million being the interests on his deposits.

With regard to Mrs Doku,the BNI said she and her husband, Benjamin Jangay Doku, were the sole directors and signatories of their company, Jaytess Company Ltd.

It said between July 1,2003,till his arrest, Doku had transferred more than ¢1.2 billion into the account of Jaytess.

It was also established that Mrs kissi was a signatory to the account of her husband, Philip Kissi, opened in the name of Tema Workers Credit Association in Tema.

The BNI explained that Kissi used the former account code of the erstwhile Mobisquad and transferred,on a monthly basis,various sums of money to the tune of ¢600 million by the time of his arrest.

The exact amount stolen by Kissi, Doku and Ntim is yet to be established but the three are said to have always collaborated in the transfers and shared the monies.

The two women, Mrs Theresa Doku and Mrs Juliet Kissi, are on police enquiry bail. The Graphic in its publication of Saturday, October 1,2005, reported the arrest of Doku,Ntim and Kissi for allegedly defrauding the state of millions of cedis.

Consequently, the Controller and Accountant General's Department ordered the suspension of payments for goods supplied on hire purchase basis to workers on government payroll.

The arrest of Opoku and the wives of Doku and Kissi was reported around the same time.