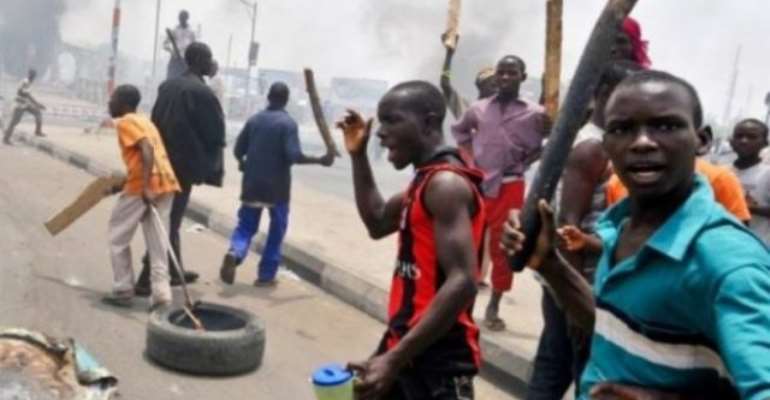 Vigilantism has been used by individuals, communities, groups and countries to catch and punish miscreant and social deviants whose activities pose a threat to human life, property and the environment. This practice goes on in communities and countries which have no police station/post and distrust in the law enforcing agency and the court system confirming our research findings that 65% of Ghanaians blame the police and court system for mob action and vigilantism in Ghana.

Due to the distrust of the political oppositions in the police and the court systems in Ghana, Parties in opposition try to form these vigilante groups to provide them with the security and the protection they think the state security apparatus cannot provide them.

The activities of these political vigilante groups is now becoming unbecoming and the police service and the courts are not giving deterrents prosecution and judgments to halt this threat on our national security and peace.

Piran-gh wishes to make a passionate appeal to the President, IGP, Attorney General and the Chief Justice to ensure the court ruling on this menace is enforced without fear or favor irrespective of whichever party in power to dispel the impression in the minds of the people that the state institutions and agencies are impotent dealing with members and officials of the ruling party.

Our findings on this subject menace are that “these political vigilantisms are sponsored and supported by influential and powerful members of the ruling government who disapprove the appointment of some appointees.

Now that the opposition is also pelting stones to prevent commissioning of projects initiated by their party, and the government vigilantes chasing appointees they disapprove from office till date, tells how far this political vigilante can go if not stop immediately.

The state has to walk the talk to combating political vigilantism before they become boko harams and Somali pirates in Ghana.