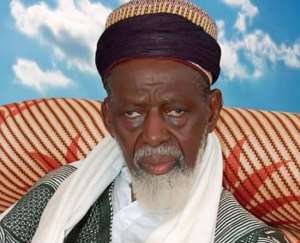 The Tijjaniya Muslim Movement of Ghana (TMMG) and the Islamic Peace and Security Council of Ghana (IPASEC) have stated their aversion to the creation of vigilante groups in the country.

In a joint statement signed by the Director of Communications of the TMMG, Sheikh Dr. Abubakar Mohammed Marzuk Azindoo, and Sheriff Ali Danbukar, Director of Operations of the IPASEC, the two bodies said “we have observed with dismay the rise and promotion of political vigilante groups in Africa particularly in Ghana.”

The two pointed out that it is disheartening that after two decades of constitutional democracy “the culture of vigilantism remains a feature in our politics and a source of competition between two dominant political parties, the NPP and NDC.”

Describing vigilantism as anti-democratic, they have stated that vigilantism can throw the country into anarchy.

“We call on all Ghanaians to add their voices to the efforts at eradicating the culture of vigilantism in the country. It is a civic responsibility of the entire citizenry to protect peace, democracy and the rule of law in Ghana” they said.

They have called on the security agencies to disband such groups.

The Tijjaniya is the largest Sufi Order in Africa and the dominant Muslim body in the country and the National Chief Imam is its spiritual leader. The Sufi path stands for moderation in service to Allah and humanity.

The Islamic Peace and Security Council of Ghana on the other hand was established by the National Chief Imam in 2011 to implement policy initiatives on peace building and security and curb conflicts and other activities that lead to violence within the Zongo communities.

Those Losing Port Management Contracts Are Simply Fighting U...
1 minute ago