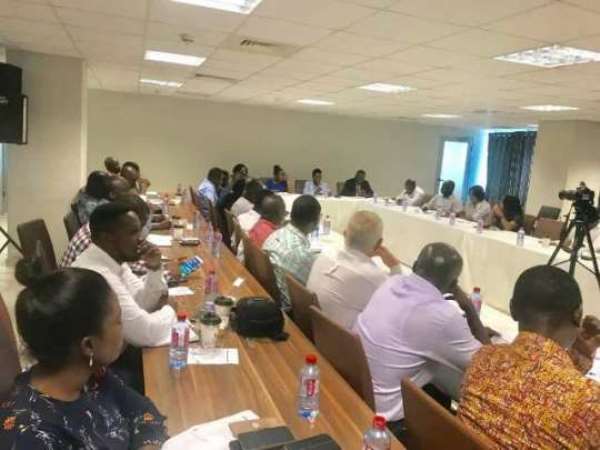 The Ghana Shippers' Authority (GSA) has called for the harmonisation of the Common External Tariff (CET) and the new Harmonised System (HS Code) to ensure that mining companies are not short-changed in the payment of duties.

The move is aimed at facilitating business transactions in the mining industry to improve the country's economy.

Ms Benonita Bismarck, the Chief Executive Officer of the GSA, made the call at the opening of a forum for members of the Ghana Chamber of Mines in Accra.

The event was held under the theme: 'Harmonising the Mining list, HS Code and Common External Tariffs ' and the 'Avoidance of Demurrage' '.

The forum forms part of the Authority's engagement with its stakeholders to address pressing issues affecting the shipping industry in international trade transactions.

The Authority also used the platform to sensitise participants on ways to avoid payment of demurrage.

Ms. Bismarck said: 'The issue of harmonising the Mining List, the HS Code and the CET is a very critical one and requires a lot of deliberation so as to facilitate doing business in the mining sector which is key to our nation's development'.

The CET was introduced in February 2016 to ensure uniform tariff for countries in the Economic Community of West African States (ECOWAS), while the Harmonised Commodity Description and Coding System, also known as the Harmonised System of tariff nomenclature, is an internationally standardised system of names and numbers to classify traded products.

Ms Bismarck said the Chamber produced over 90 per cent of the country's mineral output, which constituted a significant portion of the national economy; therefore it is imperative to create a conducive environment for its members to transact business smoothly that would inure to the benefit of the country.

She said the GSA has collaborated with the Chamber since its inception with some members of the Chamber serving on its governing board.

Commenting on demurrage charges, Ms Bismarck said, for instance, in 2016 shippers paid about US$ 95 million and US$ 76 million in 2017, with about 85 per cent of containerised imports going into demurrage and storage rent.

She reiterated the need for shippers to comply with the laid down rules and regulation in clearing goods and services at the ports to avert payment of demurrages.

The CEO of GSA used the opportunity to congratulate the Chamber for successfully celebrating its 90th anniversary and formally welcome its new President, Mr Eric Asubonteng.