....The Need For Political Will in Combating Human Trafficking
By Joseph Osuigwe C. 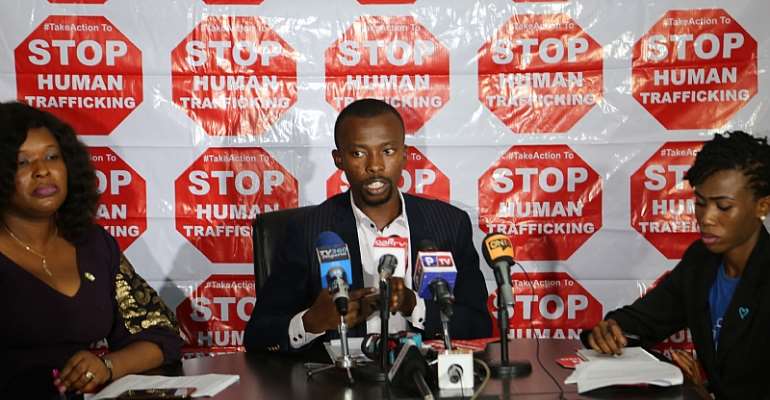 World Day Against Trafficking in Persons is a period to call for stronger and sustainable actions by government and citizens against human trafficking. Ending modern-day slavery requires that it is handled as a national priority by all sectors, state and non-state actors. To commemorate this year’s World Day Against Trafficking in Persons, Devatop Center for Africa Development organized “TALKAM World Press Conference” to call on political leaders to take strategic actions against human trafficking. Nigeria is witnessing a high rate of human trafficking, and this should be of great concern to our political leaders. According to 2018 U.S Department of State, the Government of Nigeria does not fully meet the minimum standards for the elimination of trafficking in persons.

Joseph Osuigwe, Executive Director of Devatop Centre for Africa Development, stated: “Nigeria has the highest number of victims of human trafficking in Africa and among the highest in the world. Trafficking flourishes in Nigeria, and globally, aided by many factors, among which is lack of political will by our leaders to combat human trafficking and neglect by states. The 2018 Global Slavery Index report shows that:

Human trafficking is now an “epidemic outbreak” in Nigeria which has affected over 1.3 million people and has the potential to affect 6 million Nigerians directly, if not tackled. Although it affects the low-income citizens, the rich are not totally exempted from the negative impact of this outbreak.

While addressing the press, Joseph Osuigwehighlighted that:

Our political leaders have not shown they have the political will to tackle human trafficking with a sense of urgency and emergency, just as Ebola was tackled.

During the Press Conference, Devatop Centre For Africa Development called on:

About Devatop Centre for Africa Development: