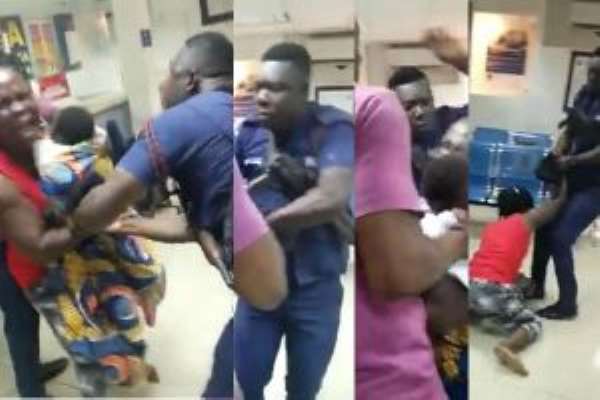 From time to time officers of security agencies have been involved in one act or the other that infringes on the human rights of the citizenry.

These infringements are usually in the form of physical assaults on citizens for allegedly committing one crime or the other.

The perpetrators of such human rights abuses are often personnel of the Ghana Armed Forces and the Ghana Police Service. The reports often show personnel of these two security agencies assaulting citizens brazenly and without recourse to the rights of their victims.

Human rights borders on the dignity and respect for human life. In fact, the international and common standard of human rights is the Universal Declaration of Human Rights (UDHR).

Articles 1, 3 and 5 of the UDHR all affirm the importance of the respect of the rights of all human beings. Article 1, “All human beings are born free and equal in dignity and rights. They are endowed with reason and conscience and should act towards one another in a spirit of brotherhood. Article 3, “Everyone has the right to life, liberty and security of person” and Article 5, “No one shall be subjected to torture, or to cruel, inhuman or degrading treatment or punishment.”

In addition to the above, Chapter Five of the 1992 Constitution of the Republic of Ghana, “Fundamental Human Rights and Freedoms” (Respect for Human Dignity), Article 15 (2) : “No person shall, whether or not he or (she) is arrested, restricted or detained, be subjected to – (a)torture or other cruel, inhuman or degrading treatment or punishment;

(b) any other condition that detracts or is likely to detract from his dignity and worth as a human being.

With the current situation of human rights abuses which personnel of the Ghana Police Service and the Ghana Armed Forces perpetuate, one can only ask if these personnel of these two security agencies ever receive any form of training in human rights or whether they have an understanding of what human rights really means in accordance to local and international standards.

Indubitably, the beating of a woman in a banking hall, the attack on journalists in the course of their duties at national events and demonstrations, the brutalising of citizens who are in possession of military uniforms and a host of other acts of human rights abuses is a reflection that either these security agencies give little or no training in human rights to their personnel.

For instance, the Ghana Police Service was rated as among the best 10 on the continent of Africa, while the Ghana Armed Forces has an enviable reputation at the United Nations Peacekeeping Missions.

So how is it that at the international level there's so much praise for these security agencies and yet in their home country the personnel are always in the news for abusing the human rights of their fellow citizens?

It's acknowledged that the work of the personnel of these two security agencies can be quite difficult; however, there's the need for some level of adroitness. This is because the recognition of the inherent dignity and of the equal and inalienable rights of all members of the human family is the foundation of freedom, justice and peaceful co-existence.

–
Alex Blege
The writer is a freelance journalist. kw.amehotmail.com/[email protected]