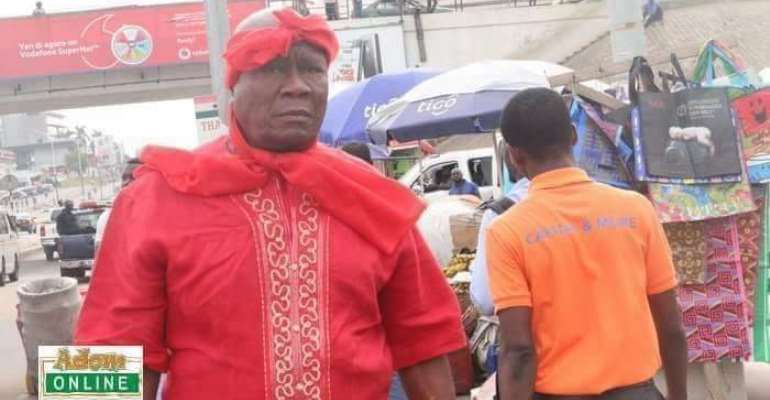 Hell would've broken loose for the devil himself to come out to interview Chairman PORTOPHY and Gen. Mosquito if the current internationally recognized vote-buying scandal had hit the NDC.

Infact my moderator would have shouted *"Anyansa fo3 eeee where you dey la"* Infact our President's friend would've offered his schools's auditorium for the "NPP's Azar Economist" who was sacked by Zimbabweans new administration for collapsing their Economy to deliver a lecture on corruption in government.

My founder would've also trumpeted the call for the restoration of core values which are probity, accountability and social justice and how some officers paid with their lives because of how angry the grassroots were because the officers ruling the country were corrupt.

And finally Anty Afenyi Dazdi and Aglow would've climaxed it with their monthly prayers with their theme *"When the wicked rules the land the children of God suffers,Oh Lord deliver us from the Israelites."*

Today our anti corruption campaigners have all been diagnosed with "Kaka" and the Nathan's of the land who in the past looked at David in the face and told him he was wrong and incompetent have suddenly become the best friend of the President as declared by the President himself.

The media instead of talking about the corruption and the vote buying scandal that has hit the NPP, they rather prefer to discuss NDC not Democratic for not attending the NPP conference.

This is Ghana for you comrades. Ghana my beloved country.

A country that where we worship lies and hate the truth.

It's time we start working towards 2020 without looking for favours from the clergy, civil societies and some of our own who should've been at the forefront chastising the actions of the current government.

It is time we know that we are alone and only God is our helper.

Ninety five percent of the media was against him, the religious leaders, government machineries,civil societies, his party officials, Infact *George Bush who was a former President* in his party was also against him. The world was made to believe that Trump is evil and was thrown into the dustbin by poll stars. Even we in the NDC compared Nana Addo to Trump as "bad" choices but TRUMP defied all odds and won the elections at the surprise of all of us.

*Even after winning the the media and others are still on his neck but Trump keeps on Trumpeting Triumphantly.*

Let's focus as a party and make our own noise with or without the coffee shop media. We can never please them.

The religious leaders and others will never praise NDC.

Remember all the religious leaders came together and chastised Mahama and called him wicked for accepting the Gitmo2, Religious leaders who always preach compassion eventually turned Nabucadnazer forgetting that Jesus Christ came for sinners instead of the righteous.

They decided to intentionally forget that God could change an armed robber, Archbishop Duncan Williams to be one of the world shakers.

We the youth are ready to sacrifice to the latter with or without those groups discussed above to secure victory for 2020 but afterwards they should bury the father for all syndrome because I don't think we will even listen to them if they try to call us to order.

NDC is not made up of saints, we are not a religious organization, Infact we don't operate a prayer camp.

I don't think NDC Youth in the party will be happy to see our leadership welcoming and giving those "traitors" a safe heaven in our next government.

Hope we remember how they "disgraced " JM on his accommodation issue. Multimedia and the flagstaff house used drone to video the former first family when they were packing and our former President became headline for CNN and BBC.

There is an old Ewe adage that: *"when a deaf and dumb dreams, the dream remains in his head."*

Together let's make 2020 possible without them and start action.

Trump did it alone and we can as well do it. *#PossibleTOGETHER🤝* *Efo Worlanyo TSEKPO* B/A REGIONAL YOUTH ORGANIZER HOPEFUL.