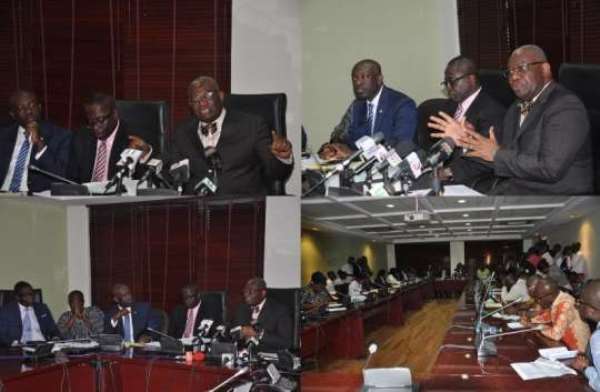 The Energy Minister, Boakye Agyarko, on Tuesday laid before Parliament a paper on a concession agreement to allow a consortium of investors to privately invest in the Electricity Company of Ghana (ECG).

The agreement has already been approved by Cabinet and it is expected to be ratified bythe House before it rises at the end of the month.

When given backing by Parliament, Meralco, a power company from the Philippines, would lead a consortium in managing ECG for 20 years beginning 2019.

Under the agreement, Meralco would inject US$580 million into ECG operations; with the United States also making available US$498m to complement the Meralco's investment.

Mr Agyarko gave an assurance that ECG workers were going to keep their jobs.

The ECG would not be scrapped, but sublet power distribution to a company to be called Power Distribution Service Limited.

'ECG will still be ECG,' the Minister added.

The Minister praised the concession agreement and said, if such a deal had been made when Ghana began her energy sector reforms, the nation would not have gone through prolonged period of power shortages.

The Paper has been referred to the Committee on Mines and Energy for consideration and report to the House.

Any attempt by uniformed vigilantes to foment trouble here w...
8 minutes ago

Our spiritual father says vigilantes are being recruited, ar...
15 minutes ago