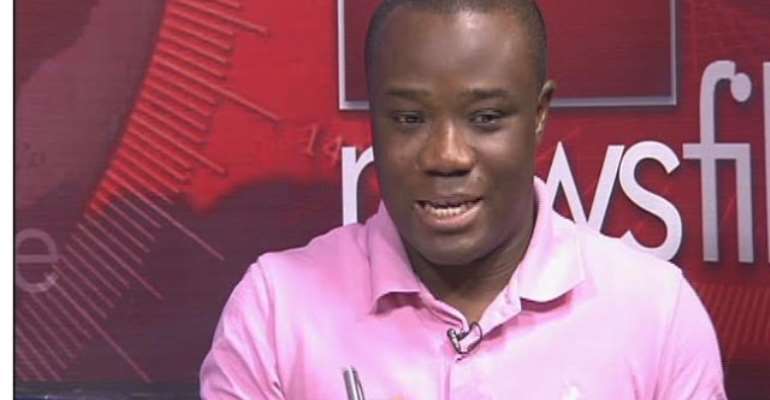 A former Deputy Minister of Information, Felix Kwakye Ofosu, has followed through with his threat to sue Deputy Electoral Commissioner, Pauline Dadzawa, for defamation.

Mrs Dadzawa had claimed in a leaked audio that the former deputy minister pocketed $6 million out of some $12 million meant to bribe some officials of the Electoral Commission (EC) to influence the outcome of the 2016 elections.

An obviously displeased Felix Kwakye Ofosu had earlier described the claim as “false, baseless, malicious and a figment of [Mrs Dadzawa’s] obviously fertile imagination,” and asked the EC Commissioner to retract the comment and apologise for same.

He threatened that if Mrs Dadzawa fails to retract the comments, he would be forced to proceed to the court to seek redress.

It seems the offended deputy minister in the John Mahama-led National Democratic Congress (NDC) administration is determined to let the law settle the matter as he heads to the Accra High Court to absolve himself from what, to him, is a clear slander of his hard-earned reputation. 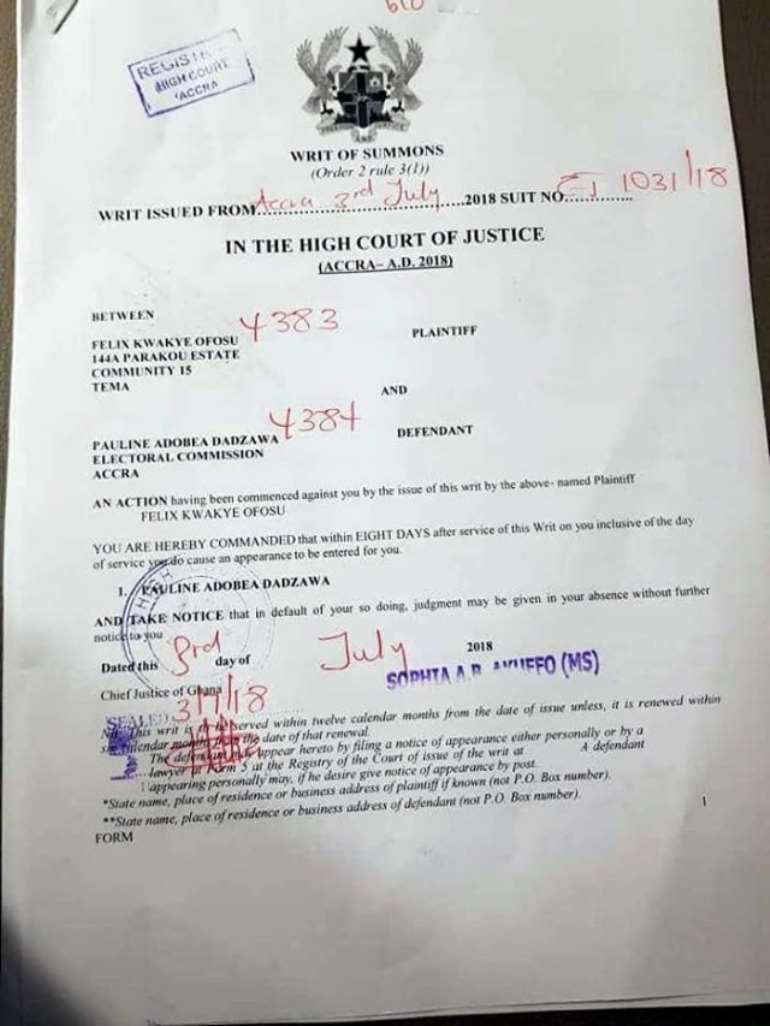 Background
The former Deputy Minister condemned the claim that he deducted $6 million out $12 million meant to bribe some officials of the EC to influence the outcome of the 2016 elections.

In statement in response to allegations which is reportedly contained in a viral audio recording, Mr Ofosu said, ”I am by this statement demanding an immediate retraction of the malicious claims by Mrs Dadzawa, failing which my lawyers have standing instructions to commence legal action against her and all others who spread the falsehood she peddled in the tape.”

He insists that at no time before, during or after the 2016 elections, was he given money by anyone for the purpose described by Mrs. Dadzawa.

For the avoidance of doubt, the claims made by Mrs. Dadzawa are false, baseless, malicious and a figment of her obviously fertile imagination. At no time before, during or after the 2016 elections, was I given money by anyone for the purpose described by her.

I find it regrettable that despite her standing as a high-ranking official of an important constitutional body like the Electoral Commission of Ghana, she found it necessary to dabble in such petty and mischievous gossip. In the process she threw out complete fabrications in a manner that does harm to the reputations of innocent persons.

I am by this statement demanding an immediate retraction of the malicious claims by Mrs. Dadzawa, failing which my lawyers have standing instructions to commence legal action against her and all others who spread the falsehood she peddled in the tape.

I have also noted that some NPP activists, operating mostly from the Presidency, have splashed posts and pictures on social media that seek to use Mrs. Dadzawa’s falsehoods to justify yet another falsehood: that I was the subject of claims by former President Rawlings at this year’s June 4th event at Madina, that an official of the previous government had purchased two houses in Accra at $3 million.

While acknowledging that Mr. Rawlings did not mention my name or attribute the said house purchase to me in his speech, I wish to state that I have not bought any houses of the sort described by Mr. Rawlings.

It is a well-known strategy of the New Patriotic party to routinely target critical opponents with calumny and outright untruths. It is the same strategy that informed their fabrication of NIA cards in the name of some members of the Minority only for the NIA to issue denials of same.

I therefore urge members of the public to completely disregard these falsehoods and not fall prey to the handiwork of state-sponsored fake news peddlers.