By Guy JACKSON and Yassine KHIRI 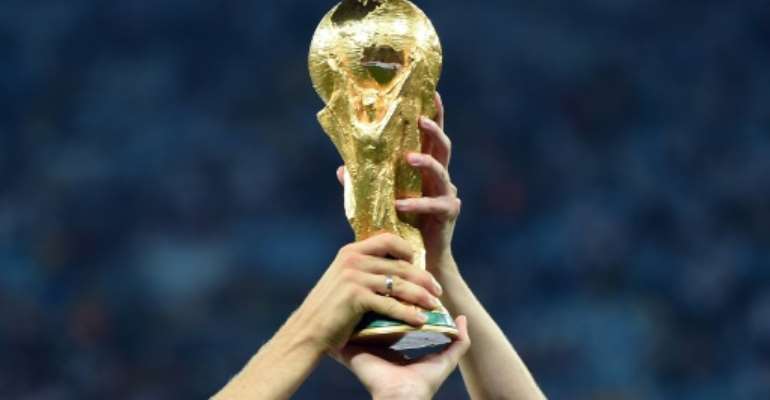 Will North America or Morocco win the chance to host the 2026 World Cup. By Patrik STOLLARZ (AFP/File)

FIFA members will decide on Wednesday whether the 2026 World Cup should be played in North America or in Morocco, taking football's global showpiece to Africa for just the second time.

The choice is clear -- between a slick bid based on gleaming stadiums in the United States, Mexico and Canada or an ambitious attempt from Morocco based on as-yet largely unbuilt facilities.

On the eve of the 2018 World Cup in Russia, 207 FIFA member nations will cast their vote in a congress of world football's governing body.

Morocco's bid for 2026 was only cleared to advance to the runoff vote earlier this month, despite a FIFA evaluation report that classified the north African nation's stadiums, accommodation and transport as "high risk".

Morocco received only 2.7 out of five, with red flags raised over several critical components of the bid.

A FIFA summary of the bid taskforce's findings warned "the amount of new infrastructure required for the Morocco 2026 bid to become reality cannot be overstated".

The report left the US-Canada-Mexico bid as the clear front-runner after giving it a rating of four out of five. 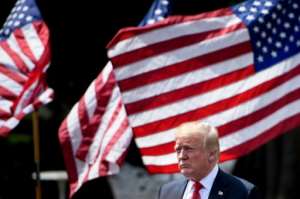 The North American bid leaders fear the vote could become a referendum on US President Donald Trump. By Brendan Smialowski (AFP)

But the North American bid has been dogged by concerns that the vote could become a referendum on the popularity of US President Donald Trump.

Bid leader Carlos Cordeiro on Monday repeated a message he has hammered out again and again in recent months -- vote on us, not Trump.

"We believe strongly that this decision will be made on its merits," Cordeiro said in a conference call with reporters. "This is not geopolitics, we're talking about football and what is fundamentally, at the end of the day, the best interest of football and our footballing community.... We've had no backlash."

The bid to bring the World Cup back to North America for the first time since 1994 has backing from former Manchester United and England midfielder David Beckham, who ended his career at LA Galaxy and is behind a nascent Major League Soccer franchise in Miami.

"A football competition as big as the World Cup deserves to be in great places and if the US, Canada and Mexico get that it will be very special," Beckham said.

The US lost out to Qatar in 2022 in a vote now tarnished by corruption allegations that spelled the beginning of the end of the once all-powerful FIFA president Sepp Blatter.

The corruption-tainted nature of that vote in 2010 vote prompted FIFA to overhaul its bidding process for the World Cup. Whereas previously the 24 members of the FIFA executive committee used to determine World Cup races, the hosts will now be decided by a vote of individual FIFA member nations.

Critics of the Morocco bid also point to the fact that the 2026 World Cup will be the first to be expanded to 48 teams, posing a severe test for the hosts.

FIFA President Gianni Infantino is believed to strongly support the North American bid because the three countries involved backed him for the presidency in 2016 when he took over after the reign of Blatter, who is being investigated in Switzerland for alleged corruption.

But the north Africans are still considered to be in with a genuine chance.

Morocco has tried, and failed, four times before, in votes for the 1994, 1998, 2006 and 2010 tournaments -- it lost out in the latter to South Africa, the only African nation ever to have hosted football's global showpiece.

Morocco has the support of many European countries, attracted by its geographical proximity, and most of Africa, in line with a call from the head of the Confederation of African Football, Ahmad Ahmad.

But two English-speaking African countries, Liberia and South Africa, have defected to the North America bid.

Morocco's bid leader Moulay Hafid Elalamy says the bid is based on the "fervour for football in the country and the entire African continent" and promises all the host cities will be less than an hour's flight apart.