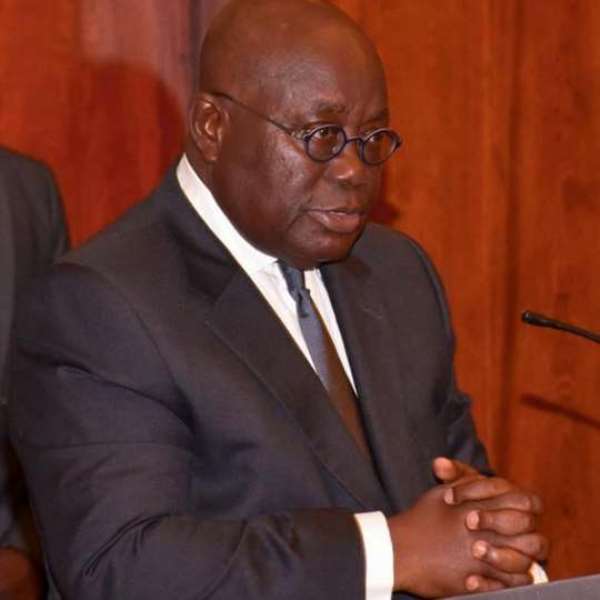 He said the current ban on all forms of small scale mining in the country was to bring sanity into the artisanal gold mining sector.

Nana Akufo-Addo made this known at the Gold Fields Junior staff club house in Tarkwa , when he addressed traditional rulers and elders of Mpohor, Wassa East, Amenfi Central, Tarkwa Nsueam, Prestea Huni/Valley, Amenfi East, heads of department and assembly members as part of his three-day tour to the Western Region.

The President indicated that the Brim and Ankobra rivers that they used to drink from when they were children have been heavily polluted as a result of illegal mining activities.

He said the future of the country was being threatened and the government has no alternative than to act swiftly to halt the destruction of the farm lands, water bodies and forest reserves in and around mining communities.

"I am not going to say, there will not be small scale mining, which is impossible, mining has been part of our history and the economy of our country" he pointed out.

Nana Akufo-Addo emphasised that the government intends to institute proper regulations that would not only help protect the environment, but would also ensure that small scale mining would be monitored and done in a responsible manner.

He in this regard, called on all small scale miners to be patient as the government work hard to lift the ban.