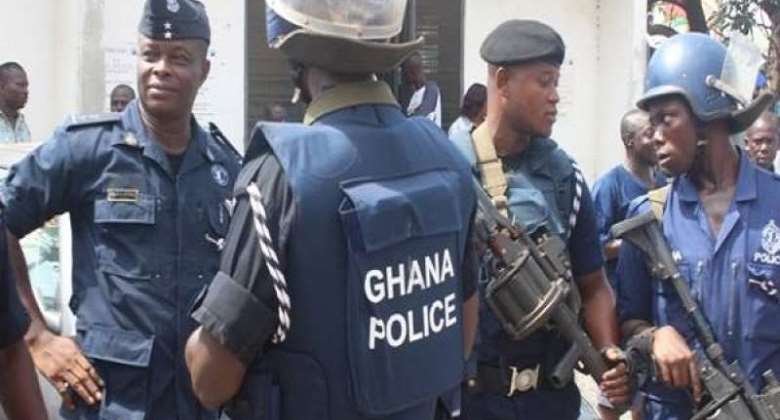 Police has finally restored calm to Gbese in the Ga Mashie area of James town following a violent clash that ended bloody yesterday. The clash yesterday claimed the life of one person and left several others severely injured.

A group of six wielding machetes and broken bottles clashed in another group in the area that ended bloody and forced residents to flee the area out of fear of their lives being in danger.

Reports suggest the clash followed a dispute during the performance of traditional rites towards the celebration of this year’s Homowo festival of the people of Ga Mashie.

Since the Accra Regional Police restored calm and order in the area, they have been able to arrest fourteen (14) people and are currently doing investigations into the matter to bring the offenders to Justice.

Speaking to Class FM today, stool secretary for the Korle-We clan, Nii Okley confirmed that the presence of the Police in the area has helped for calm to be restored especially after the incident caused fear and panic.

Nii Okley also commended the Police for restoring order and urged them to arrest all the offenders and bring them to justice.

He also disclosed that the person who sadly lost his life was shot in the head by one Ibrahim Moro before he was shot again by one other person in his chest.

The incident led to the Police looking into the matter to invite the Gbese Mantse, Nii Ayi Bonte as well as Gbese Wulomo, Numo Ayittey Kwabla to assist in investigations. The Gbese Mantse stated that he is ready to offer any assistance as he does not get why his people will take the law into their own hands.