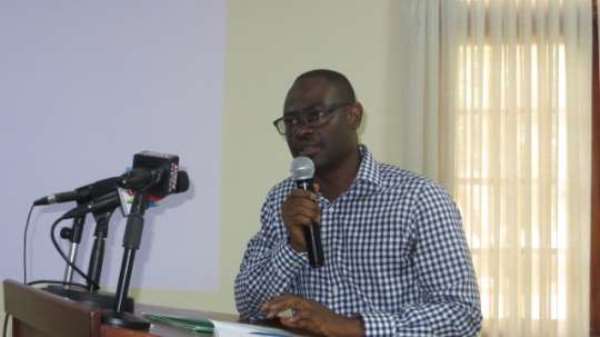 Oxfam International, a civil society organisation, has warned that Ghana's poverty reduction gains over the past two decades is being threatened by inequality gap.

Mr Tijani Ahmed Hamza, Country Manager of Oxfam in Ghana, said Ghana had made progress just like most parts of the world in the struggles against poverty, especially in the last two decades in Ghana, with the number of people living in poverty reducing considerably.

He said unfortunately, this progress in Ghana just like most parts of the world, was being threatened by rising inequality.

This is because money, power and opportunities are increasingly getting concentrated in the hands of the few at the expense of the majority, he said.

He explained that the implication for this was that a person born by a rich parent was most likely go to the best school and would receive the highest quality of health care if they were sick, while poor families would see their children stuck by easily preventable diseases because they do not have the money.

Mr Hamza said this on Thursday at a one-day public forum on the topic 'Reducing Inequality in Ghana: the Role of Stakeholders,' in Accra.

The forum, which was organised by the Media Foundation for West Africa (MFWA) in partnership with OXFAM-Ghana, brought together key stakeholders such as the media, civil society organisations, government representatives, the diplomatic corps and other stakeholders to deliberate on the worrying trend of inequality in Ghana despite the country's gains at poverty reduction.

The forum formed part of MFWA's activities under the Democratic Governance in West Africa (DEGOWA) programme with funding support from OXFAM-Ghana.

'As an organisation, Oxfam believes that this cannot go on, we think that society's ability to raise our voices and have a say over how the societies we live in are run, is being threatened by the concentration of wealth in the hands of a few.

'Our fear is that the wealthiest can use their financial power and the influence that comes with it to bend laws and policy choices in their favour further re-enforcing their positions.

'Many people wonder whether there is anything we can do to change this? The answer from Oxfam is yes, as we think Inequality is not inevitable, to Oxfam inequality is the result of policy choices, like progressive taxation so that the rich pay their fair share, and progressive spending ...to spend more on public health, education services, small holder agriculture, social protection issues that helps everyone, while ensuring that the poor are not left behind and to secure decent wages that end what we call working poverty.'

He cited that Ghana had made some progressive spending in programmes like the National Health Insurance, capitation grant, school feeding, Livelihood Empowerment Against Poverty (LEAP) and the Planting for Food and Jobs programmes, which is remarkable, albeit with some challenges.

Mr Sulemana Braimah, the Executive Director, MFWA, urged the media to step up their game in the fight against poverty and inequality in the country.