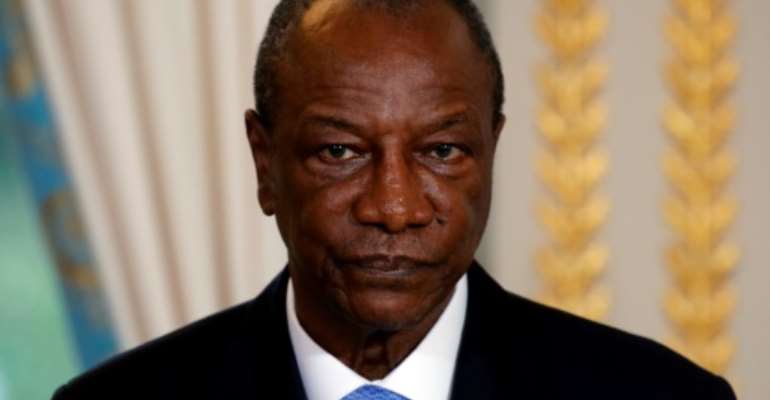 Guinea's President Alpha Conde will install ministers "who listen to the people," a statement said. By PHILIPPE WOJAZER (POOL/AFP/File)

Guinean President Alpha Conde will carry out a "major cabinet reshuffle", his office said Thursday, following weeks of strikes and demonstrations in the country after disputed local elections.

Conde will install ministers "who listen to the people," a statement said.

It was released after Conde was booed by hundreds of angry women at a ceremony to mark International Women's Day, according to an AFP correspondent.

Political unrest erupted in early February when Conde's ruling party won the first local elections to be held since 2005, in results disputed by the main opposition party.

Around 12 people have died in the unrest, some of whom were shot dead by police.

The statement did not say when the reshuffle would happen.

"I will spend the next days listening to the silent majority, meeting magistrates, doctors, drivers, women and youths," it quoted Conde as saying.

Women gathered on Thursday outside the Palace of the People in the capital Conakry, fearful that strikes which have closed schools will harm their children's education.

"Do not kill our children by making them ignorant," and "since you are incapable, give up," the women chanted.

Teachers have been pushing for wage increases but negotiations are at a standstill.

It was "not with a happy heart" that Conde saw schools closing, the Guinean presidency said, adding that he wanted to "highlight progress made by women" on March 8.

On Wednesday thousands of women dressed in white, the local colour of mourning, took part in a three-kilometre (two-mile) march in protest at the violent crackdown on political demonstrations.