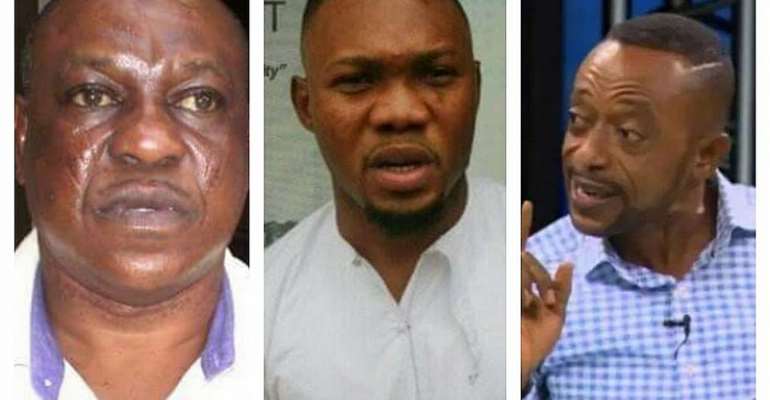 Son of the late managing Editor of the Al-Hajj newspaper,Alhaji Bature;Mubarak Bature has taken a swipe at Rev.Owusu Bempah over claims that the latter predicted the death of his father.

Rev Isaac Owusu Bempah,who is the Founder of Glorious Word Ministry, on 31st December 2017, during a Watch Night service predicted that a popular journalist in Ghana was going to die if prayers were not offered to avert it.

According to Owusu Bempah, there were plans in the spiritual realm to terminate the life of the said journalist and will materialize if serious prayers were not said to divert them.

Just five days after the prophecy was made,Ghanaians were hit with the sudden death of veteran Journalist Alhaji Bature Iddrisu.

Alhaji Bature, a journalist with decades of practice,and a staunch member of the opposition National Democratic Congress, was admitted at the Korle Bu Teaching Hospital where he died of BP on January 5,2018.

Speaking in an intense interview with Razzonline.com in line with whether he believes the popular man of God’s prophecy had come to being,the Son of the Legendary Journalist;Mubarak Bature accentuated that:

“Actually ,some few days ago, I was hearing a news about the pastor Mr Owusu Bempah about what he was saying about my father about his sickness that a journalist was going to pass away…which is not true…actually my dad was not feeling well that was the reason he passed away…I don’t believe in what he said because he is not God…I believe it was my Father’s time to pass away that’s why God called him”,Mubarak passionately told Razzonline.com.

Mubarak affirmed extensively to Razzonline.com that, though the post Mortem is yet to be out, the doctors at the Korle Bu Teaching Hospital personally told him his late dad died of BP,thus he believes in the doctors than Owusu Bempah:

“First of all, what I know is my father died of bp…his blood pressure was high...he was admitted at the surgical ward of the Korle Bu teaching hospital for three weeks …though the post mortem is not out the doctors told me it's BP that’s what I know…I believe in the doctors not the pastor...I don’t believe in Owusu Bempah…I believe my dad died through God ”,Mubarak told Razzonline.com.

The late Alhaji Bature was laid to rest at the Madina Cemetery in Accra around 3pm on Saturday,January 6, 2017,after Jannaiza Prayers was observed at his family house at Nima,Gorillas;adjacent UNIBANK in accordance with the Islamic faith.

He was married with two wives .