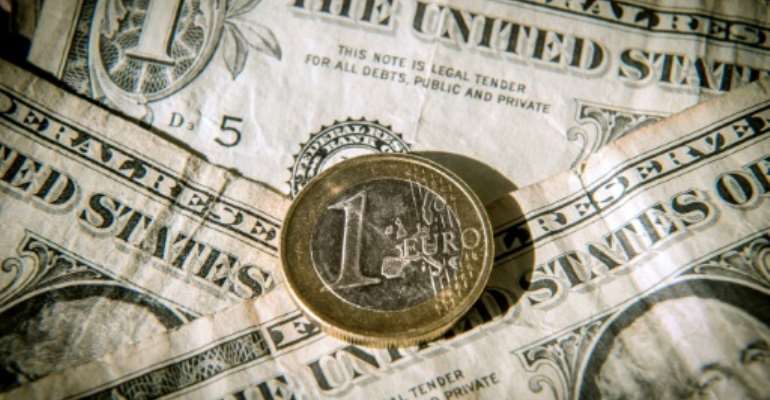 A revamp of the national currency is prompting many Mauritanians to haul out stashes of old banknotes, which they are rushing to convert into dollars and euros. By PHILIPPE HUGUEN (AFP/File)

Standing around market stalls in the Mauritanian capital, Nouakchott, currency traders have twin causes for celebration -- the New Year and a surge in business.

A revamp of the national currency is prompting many Mauritanians to haul out stashes of old banknotes, which they are rushing to convert into dollars and euros.

The rise in demand follows a decision by the Mauritanian government to knock a zero off the currency, the ouguiya.

On January 1, new polymer bills were introduced with 10 ouguiyas becoming one ouguiya, in a declared strategy to fight inflation.

Old banknotes are being withdrawn over the next six months. The process has started with the highest denomination of 5,000 ouguiyas, which will be phased out by January 31.

Since the change was announced on November 28, "business has gone up fivefold," said a currency trader. "People are flocking to the dollar and the euro, which they buy and keep at home."

In one week, the value of the dollar and euro rose by around 3.5 percent, the manager of a currency trader in the central market told AFP.

"People hoarded ouguiyas. Now they are having to get rid of it, so they are buying foreign currency and keeping it in their strongbox at home."

In his big announcement on November 28 -- which was also national day -- President Ould Abdel Aziz asserted the reform would let "the ouguiya resume its place in financial transactions, protect the public's purchasing power and reduce the amount of currency in circulation".

In early December, the governor of the Central Bank of Mauritania, Abdel Aziz Ould Dahi, had denied rumours that the ouguiya was being devalued, insisting it would "retain its value, and purchasing power will be unaffected".

The price of staples had been increasing for several months prior to the announcement.

Thai rice -- highly popular in Mauritania -- has risen by 16 percent, milk by 20 percent and construction basics such as cement and steel bars by between 10-12 percent.

The switchover forced banking institutions across the country to revamp their software, swap cheque books and reconfigure ATMs.

At bank counters on New Years Day, lines of customers queued up to get their hands on wads of the new brightly-coloured notes, wrapped in white paper.

"Customers are indeed very receptive... there was a lot of curiosity to finally get the new currency," said Mariem Khayar, marketing director at Mauritanian People's Bank.

Despite concerns about the switchover, there are many who believe the new currency will brake inflation and some sectors of the economy will benefit as pent-up cash is released and recycled.

"In addition to foreign currency, other havens such as real estate will benefit," said economist Isselmou Ould Mohamed.