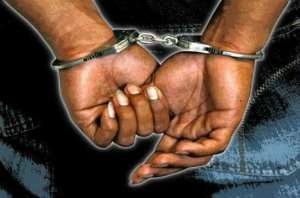 The Police administration in the Western Region say they have interdicted the officer who allegedly shot and killed a student of Ghana Secondary Technical School (GSTS).

Detective Corporal Adjei Shaibu last Saturday, gunned down 17-year old Lawrence Baidoo after supposedly mistaking the deceased and his friends for armed robbers, when they were in fact on their way to a concert.

The family of the deceased is pursuing justice for their loss.

The Public Relations Officer of the Ghana Police Service in the Western Region, ASP Olivia Ewurabena Adiku, told Citi News the Police will not shield their own.

“The incident happened on Friday. The suspect, Detective Adjei Shaibu is in custody. One of the students who sustained injuries is in the hospital responding to treatment. He mentioned three other people who were with them and fortunately on Sunday evening, they were able to get the other two and they have also given their statements”.

“Currently, the investigation is ongoing and we hope that by the end of the investigation, we will be able to come up with what really happened. We want to assure the public that everything is being done to investigate the case and whoever is found culpable will face the law. The law will take its course so no one should feel the Police is trying to cover up for somebody.”

The second victim who sustained gunshot wounds and was admitted at the St. Benedict Hospital at Nchaban, has since been transferred to the Effia Nkwanta Regional Hospital for intensive care and treatment.

Detective Shaibu reportedly opened fire on five students when he came across them on their way to a rap concert at Shama Junction.

One of the five students, Caroline Daddie, who narrated the incident to Citi News, stated that the police officer, without any provocation, opened fire on them after he called them armed robbers.