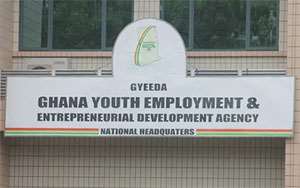 Alhaji Sulemana Ibrahim, a Former Deputy National Co-ordinator in charge of Finance of the Ghana Youth Employment and Entrepreneurial Development Agency (GYEEDA) has said, the National Coordinator has a threshold payment limit of GHC20, 000.00 he can approve.

Alhaji Ibrahim was answering to questions as a defence witness to Mr Abuga Pele, the former National Co-ordinator of GYEEDA led by Mr Abu Juan, the counsel for Pele on how payments were made when services were rendered to the then NYEP.

He said there were two forms of payment approvals; one was approval by the National Co-ordinator with a threshold of GHÈ¼20,000.00 and the other one above the threshold, which needs approval from the Ministry of Youth and Sports before payments were done.

The counsel asked, whether, it has always been so at the NYEP, especially with the threshold system, the witness said when he joined the NYEP in 2009, such arrangements were not there but it was at a point in time that a directive through a letter from the Ministry was communicated for that requirement, referring to the letter in evidence in court.

He said to ensure smooth operations of the outfit, all those payments belonging to the above category of the GHÈ¼20,000.00 threshold, was normally complied with for the purpose of preparing a payment plan on a monthly bases.

'This was commonly known as the monthly payment plan of the NYEP,' he added.

The witness said this was to avoid the frequent referral of each and every service document to the Ministry, therefore, approval of the payment plan was often done from the Ministry and when there was no objection, the Co-ordinator then proceed to instruct the Deputy in Charge of Finance to kick start the process of payment.

He said upon the receipt of such instruction, the Deputy will minute on the document, instructing the accountant to prepare vouchers which would be duly signed by the accountant and the Deputy, indicating that, he (Alhaji Ibrahim) authorised the preparation of the voucher.

Alhaji Ibrahim said the National Co-ordinator was the final person to sign as his approving the payment.

The counsel asked the witness to take the court through the process of pre-audit at the Ministry and he said, the work of the internal auditor involves the process of leading to obtain a reasonable assurance that the request for payment was backed by a justifiable claim.

Mr Juan further asked the witness to explain, what he meant by a justifiable and he said 'it means that the auditor goes through receipts, invoices, vouchers, memos and other supporting documents such as MoU and other evidence that will have supported the deliverables.'

The Counsel suggested to Alhjai Ibrahim that would he say all payment plan presented to the Ministry were usually approved by the Minister and he said subjected to any disagreements by the Ministry but for instance, where approval have been made, certain specific deliverables were excluded from the list.

Mr Juan made reference to a memo in evidence of a payment plan and also tendered a document through the witness prepared by the witness and addressed to the Minister of Youth and Sport.

The Mr Pele, the former National Co-ordinator of GYEEDA and Mr Assibit, a Representative of Goodwill International Group (GIG) are facing various charges of causing financial loss to the state to the tune of GHÈ¼4.1 million.

Assibit is accused of putting in false claims that he had secured a 65-million-dollar World Bank funding for the creation of one million jobs for the youth, which led government to part with GH¢4.1 million to his company but he failed to deliver per the agreement.

The case has been adjourned to Wednesday November 29 by the High Court presided over by Mrs Afia Serwah Asare-Botwe.