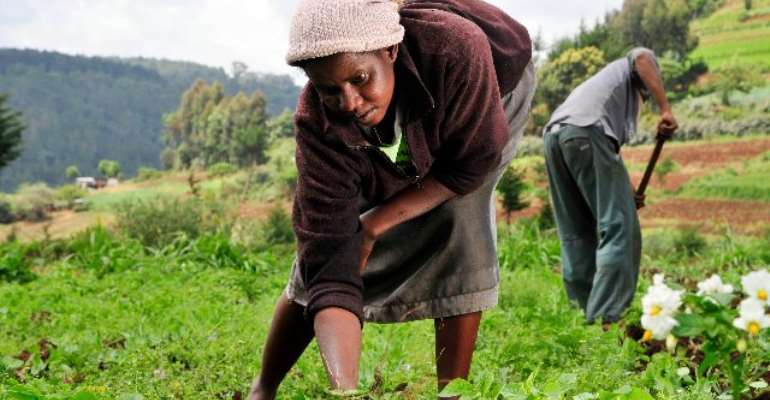 The Peasant Farmers Association of Ghana (PFAG) says it is disappointed with the government for its decision to reject repayment in kind for input support under the Planting for Food and Jobs (PFJ) programme.

The Association is the apex farmer-based non-Governmental Organization in Ghana with the mandate to advocate for pro-poor agriculture and trade policies and other issues that affect the livelihoods of smallholder farmers.

According to PFAG, government’s directive to reject the in-kind repayment is captured in a letter from the Ministry of Food and Agriculture to Directors of Agriculture at both Regional and District and dated November 16, 2017.

The directive “is in bad faith and seeks to breach the agreement between government, through the ministry, and beneficiaries of the programme, prior to its inception,” the Association said in a press release issued Tuesday, November 21, 2017.

PFAG insists that prior to the inception of the programme, beneficiaries were told by the Agricultural Minister, Owusu Afriyie Akoto and his representatives that 50% input support of which farmers will be repaid with produce.

“On the basis of this, many farmers relied on and bought into the idea as it was a way of addressing the problem of market access, reduce post-harvest losses and address the problem of low prices due to the glut of mass sales after harvest to offset credit.

“It is therefore surprising, shocking and disappointing for the Minister of Agriculture to take a unilateral decision and issue a directive to all Regional and District Directors of Agriculture to receive repayment only in cash without re-negotiating with farmers. This is a serious breach of agreement and unfair treatment on the part of the government,” PFAG said in the statement.

The association is, therefore, calling on the Minister to as a matter of urgency to reconsider the decision and stick to the initial agreement based on the following reasons:

1. An agreement is by two or more parties and any decision to alter any part of the agreement should be by mutual consent

2. The initial agreement gave assurance of repayment in-kindwhen there is no available market and reneging on that position will surely lead to low recovery

3. The new directives will give avenue fordishonest farmers to find reasons for non-repayment

“Whiles PFAG is calling on the government to reconsider its position to receive repayment only in cash, PFAG is also admonishing all farmers, especially, PFAG members who benefited from the Planting for Food and Jobs programme to honour their part of the initial agreement and make their produce or cash repayment ready for the government.

PFAG says the PFJ programme as laudable and will not hesitate to handover any defaulting member for necessary action.