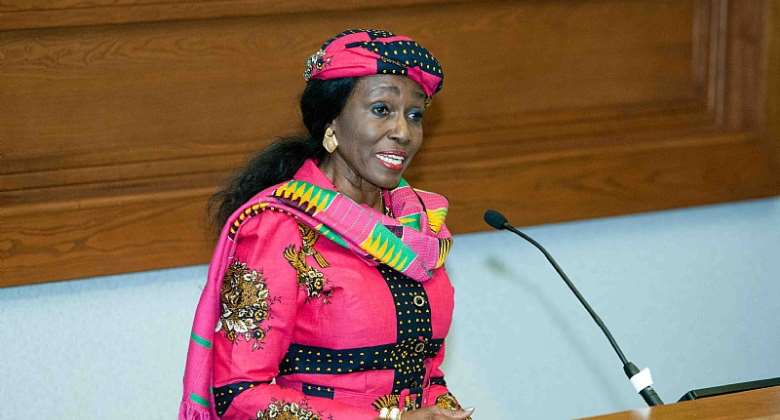 The greatest lesson presented by the track record of Mrs. Rawlings and her colleagues is that Africa’s greatest unexploited resource isn’t oil fields or goldfields; it is the women and girls who are denied an education and shut off from playing a major role in the formal economy.

Twenty-eight years later, through the drudgery of their work, a powerful recognition is coming to light: women and girls aren’t the problem; they’re the solution. They might possibly represent the best hope for reducing poverty in Africa.

Mrs. Rawlings asserts, “Gender equality is not only morally right; it is pivotal to human progress and sustainable development. If Ghana is to meet the Millennium Development Goals (MDGs), in particular, Goal Number 3 – promoting gender equality and empowering women – women’s rights should be prioritised. Government’s commitment should go beyond simply putting policies in place to monitoring how women’s participation in all levels of national development is taking place on the ground.”

Nana Konadu Agyemang Rawlings, was born on the November 17, 1948, to the late J.O.T. Agyeman and his wife. She schooled at Achimota School, where she met her future husband Jerry John Rawlings. She continued at the University of Science and Technology, where she read Art, specializing in Textiles. She was a student leader and an executive of her Hall of residence, Africa Hall

Nana Konadu got married to her sweetheart, Jerry John Rawlings an Air force Officer, in 1977. She gave birth to her first child Ezenator Rawlings in 1978. Two other daughters and a son followed later; Yaa Asantewaa, Amina and Kimathi. She also has some grandchildren.

Nana Konadu Agyeman Rawlings came into the political limelight when her husband became Head of State briefly in 1979 and then from 1981 to 2001. She became the president of the 31st December Women's Movement from 1982 to date. She was elected 1st Vice Chairperson of her party in 2009 during the second term of her National Democratic Congress (NDC) party's tenure in office under the late President of the Republic of Ghana, Prof. John Evans Atta Mills.

She challenged the seating President of Ghana, John Evans Atta Mills for the party's flagbearership position at the party's congress which took place at Sunyani in the Brong Ahafo Region from 8–10 July 2011 and lost to him. Konadu is the presidential candidate for National Democratic Party in the forthcoming 2016 election.

Ghana's former First Lady once said that she would continue to work in the women's movement even if her husband were no longer president. Her husband, Jerry Rawlings, led a military coup that seized power in 1981, although he was not established as head of state until the following year.

The country successfully reverted to civilian rule in 1992 and held free elections. Calling the first lady "an instrumental part of the revolution in Ghana's economy," the Baltimore Afro-American reported that women were Ghana's largest labor force, and they wanted to be a central part of the country's redevelopment. "Before December 31, 1981, they had no power of influence in law or politics--even the laws that pertained to them." It was a grassroots movement, with women selling their land, clothes, and jewelry to get money.