Tax Increments Not Likely In 2018 Budget 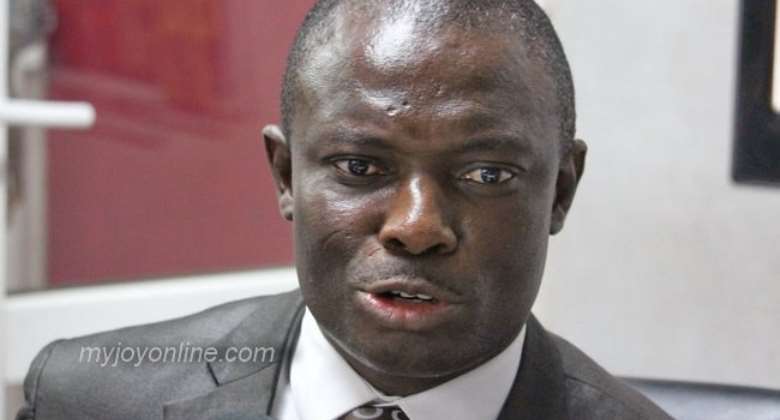 Deputy Finance Minister, Kweku Kwarteng, says talks of tax hikes in the 2018 budget are unfounded speculations, as there is nothing like that in the yet-to-be-read budget statement.

There are fears that the government may increase taxes to make-up for the revenue shortfalls.

The Minority in Parliament has also indicated that Finance Minister is expected to announce some taxes on mobile money transactions to help deal with revenue shortfalls.

Speaking to Joy Business as part of the Budget Watch show, Deputy Minister of Finance Kweku Kwarteng said the government would be using technology improve tax collections and to broaden the tax net from next year.

“In fact, if you look at the tax stamp, there is an important IT element in it, the economic point of sale device is to ensure that as people trade at point of sale, the records of their businesses are actually registered on the server for Ghana Revenue Authority, so that we are not now coming to come to you to file your returns and then we need to debate you on how much’.

The Deputy Minister added that “this time around, as you trade, they register on the tax authority server and so we just come to you to say these are your tax liabilities you need to pay”.

Mr Kwarteng said, “we are going to deploy technology to ensure that compliance measures work and that we would not have the need to increase taxes and that we would rather have the opportunity to abolish more taxes as we rake in more revenue”.

The government in the 2017 budget outlined a lot of tax cuts to help reduce the cost doing business in the country but Mr Kwateng maintained that this would not happen in this year.

He added that “in 2017 the strategy was to signal to the market and to the private sector that government is now willing to partner them in growing this economy, that’s why we did all those tax cuts”.

The Deputy Minister was of the view that the strategy for the 2018 budget would change.

“In any event, there is a limit to how many taxes you can cut so you may not see that this in 2018. But what we are seeking to ensure in this budget is that the kind of signal that we can send to business that, we are still relying on them to grow the economy.

“You may not see the kind of abolishing of tax lines as you saw in 2017 but as I said there would be strategies to ensure that businesses are on board. The budget is still under discussion, we are engaging in these matters, we’re engaging with industry and when the budget is out am sure all”, he added.

Revenue performance ending July this year
Government according to the 2017 budget was hoping to raise some ¢44.9 billion in total revenue.

July ending fiscal numbers as released by the finance ministry showed that revenue was down by ¢3 billion against the ¢24 billion programmed for first seven months of the year.

However, the Commissioner-General of the Ghana Revenue Authority, Emmanuel Kofi Nti has however told Joy Business that government would meet the end of year target as numbers have started improving from July this year.