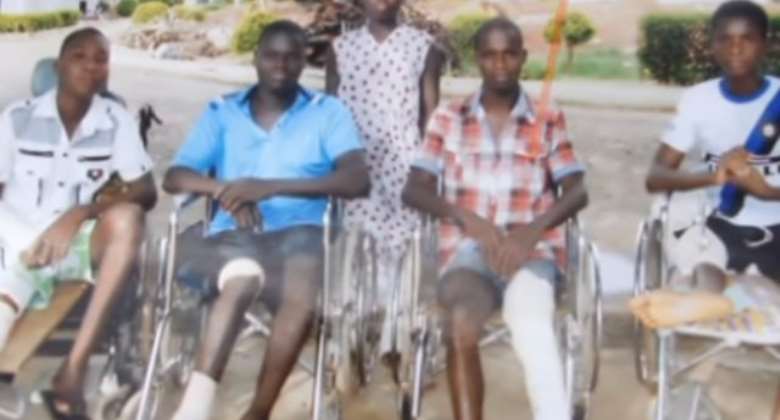 For more than 10 years, he crawled when he could walk and even run. His life during that difficult period was lived on a wheel chair. His temporary challenge was a medical condition- clubfoot and polio.

He dropped out of school with no hope, no work, no money. He was abandoned by his friends and loved ones. He gave up on life until an army, the Salvation Army Rehabilitation Centre came to his rescue. Now he is walking, working as a carpenter and fending for himself and family.

That is the story of 30-year-old Samuel Ofori Boafo, who was given a chance by the Salvation Army Rehabilitation Centre to live his dream. Interestingly, Mr Boafo is not the only one to have benefitted from the grace and hard work of doctors at the rehabilitation centre.

Beryl Ernestina Richter went behind the scenes to tell the story of the Salvation Army Rehabilitation Centre and how it has saved many lives, brought hope and smiles on the faces of many who were stigmatized by the same society they live in.

Play the attched video for the full documentary