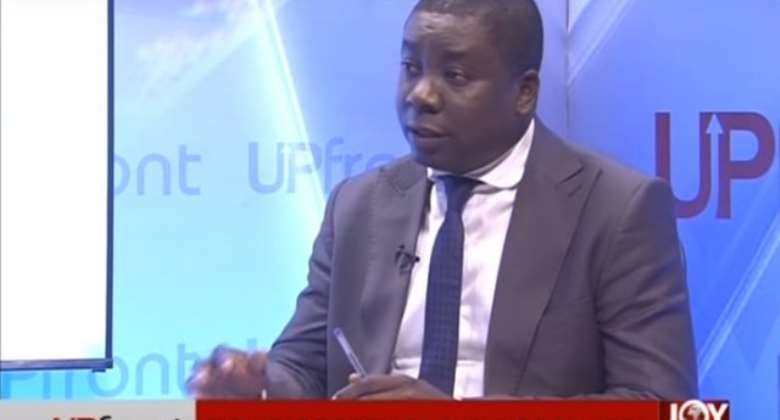 The Technical Economic Advisor to the Vice President has debunked Minority claims the cost of issuing ¢6 billion ESLA PLC bond was inflated.

Dr Gideon Boako would however not confirm or deny that ¢177 million was expended in issuing the controversial bond.

Despite agreeing to speak on the matter, Dr Boako later told Joy News’ Gifty Andoh Appiah on Top Story Thursday he was not in the position to give any information about figures and the cost incurred in issuing the bond.

He was however emphatic that the government of Ghana did not issue the bond and if there is any explanation about the cost involved in issuing the bond it is the officials of ESLA who must be speaking to the matter and not him or officials at the Finance Ministry.

He also argued the cost involved and the amount raised by the bond will not be charged on the consolidated fund for which reason the government of Ghana must be completely divorced from the bond issue.

Dr Boako was responding to the members of the Minority in Parliament who are livid over what they say is the inflated cost of floating an undersubscribed bond.

According to the Minority spokesperson on Finance Cassiel Ato Forson it is scandalous for anyone to raise a bond of ¢6 billion at a cost of ¢177,241,976 million.

He said whilst in government, the highest amount of money the NDC paid as cost for floating a bond was $2 million, the equivalent of which is ¢8.8million.

The Minority gave the details of expenses incurred in floating the bond as follows.

According to Cassiel Ato Forson the cost details is public information contained in prospectus and challenged officials of the government to deny same.

What kind of administrative expenses would cause ¢80 million? He questioned and challenged the Finance Minister to come clean on the matter.

Contrary to claims by Dr Gideon Boako that the bond has nothing to do with the government of Ghana, Cassiel Ato Forson insisted the cost incurred in issuing the bond and the amount raised through the bond will eventually be paid by the Ghanaian tax payers.