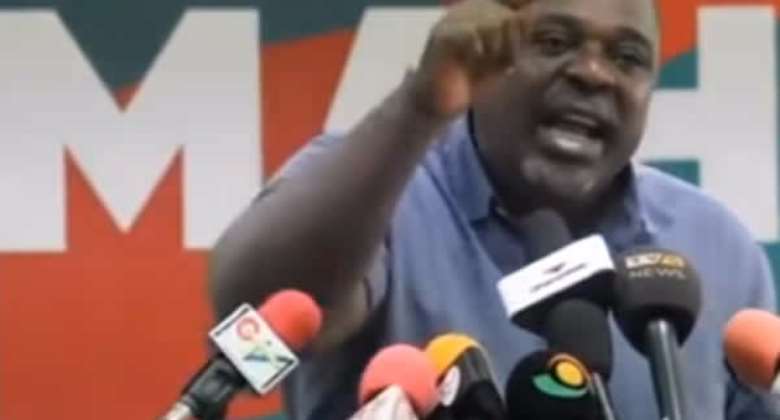 Deputy General Secretary of the opposition National Democratic Congress (NDC) says his party and members who served in the John Mahama-led administration are prepared to face any prosecuting body constituted by the government.

Koku Anyidoho said the NDC did not engage in any dubious acts during its tenure in office, therefore, the party has no worries at all about the setting up of the Special Prosecutor’s Office.

“We are ready, let them bring it. They have been in power for 10 months…as if to say they themselves have not been engaged in lots dubious deals…that is even given that, they have facts that the NDC was engaged in dubious deals,” he said on Joy FM’s Super Morning show on Tuesday.

The Office of the Special Prosecutor, according to the government, will deal with issues of corruption, especially among state officials.

Under the Bill, an independent prosecutor will head the office and prosecute corruption offences by state officers.

It was one of the major promises made by President Nana Akufo-Addo as part of his plans to deal with corruption in government.

The bill is currently at the consideration stage in Parliament.

The NDC has previously stated that the yet-to-be-appointed prosecutor will witch-hunt members of the party.

This, according to them is because the anti-graft body will not have the needed independence to fight corruption as is being touted by the NPP government.

But it seems these worries have been dealt with by the party.

If what Mr Anyhidoho said is anything to go by then, it means that the party has dealt with all its fears and worries concerning the Special Prosecutor’s Office and is ready to participate when called on.

He is, however, certain that if the Special Prosecutor Office is as independent as it should be, then the NDC or the previous government officials will not be its only target.

”In the last 10 months, the $2.2 billion bond have we got full disclosure? The BOST contaminated oil, the things that are happening at the Port, this App that Bawumia launched and the plethora of things that are going on.

“Dubious deals, corruption outright thievery, let them go ahead their day will come in court,” he added.

'Captain Smart arrest is intolerance, he did no wrong' – Med...
48 minutes ago