By Center For Progressive Governance 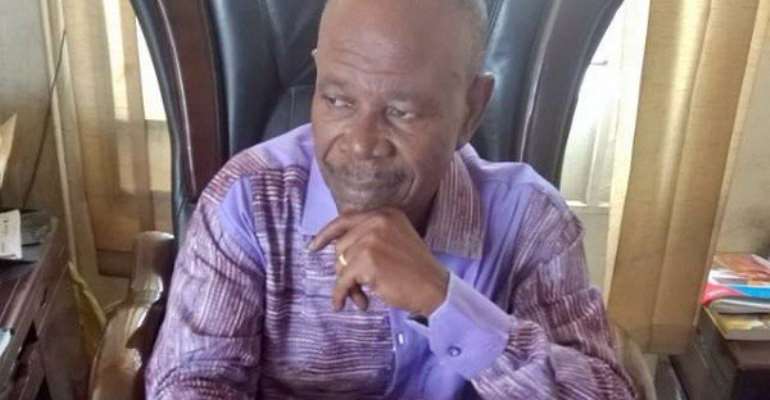 The Center for Progressive Governance (CenProG) has noted with shock the contents of an audio recording in which Ambassador Ayisi Boateng is heard stating that he has no obligation to Ghanaians living in South Africa but to only NPP members.

The statement by the diplomat is most reckless, unnecessary and very unfortunate and we will call on him to do the honourable thing by resigning from the position and rather taking up a party position since he owes allegiance only to the NPP but not Ghanaians.

We at CenProG have observed the arguments for and against the contents of the audio with people justifying the statements that he was addressing party supporters. This defence is rather weak and hollow to the extent that the ambassador stated that he had made the statement earlier and had dared Ghanaians to take it or leave it.

CenProG notes rather worryingly that Mr Ayisi Boateng was admonishing others to emulate this rather unfortunate posture as if to say that you are not a Ghanaian unless you hold a membership card of the NPP. The country does not need this and we condemn such acts in no uncertain terms.

The crux of our call for his resignation is the fact that we have recorded several incidences of xenophobic attacks on other nationals in South Africa and so it is the duty of an ambassador to ensure the well being of Ghanaians living in South Africa especially when these attacks happen. Mr Ayisi Boateng per his statement and logic will however not ensure the safety and security of Ghanaians but rather allow them to suffer such attacks in South Africa unless they are able to prove membership of the NPP.

Mr Ayisi Boateng is being paid with the Ghanaian taxpayers' money and not from the dues of NPP party members and so with this evidence of gross partiality, the taxpayers money cannot be used to pay him to go ahead and discriminate among Ghanaians in broad daylight.

We, like other discerning Ghanaians both home and in South Africa, have therefore lost confidence in Mr Ayisi Boateng to continue to serve the interest of our brothers and sisters who are in there to seek greener pastures and so in the interest of the country, he must resign and allow for someone who will serve Ghanaians to take up the position.

CenProG also calls on His Excellency the President to as a matter of urgency sack Mr Ayisi Boateng if he fails to resign to exhibit that he is the father of the nation and therefore represents the interests of Ghanaians both home and abroad regardless of tribe, gender or politics.

God Bless our homeland Ghana and make it GREAT and STRONG.