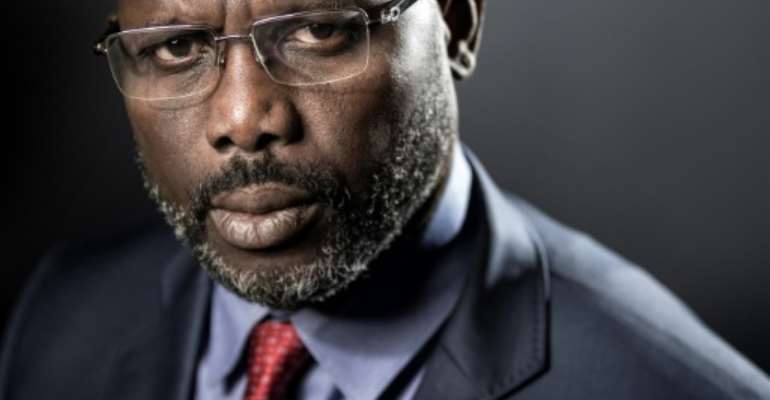 Former football player George Weah is leading the race for Liberia's presidency, with around one third of votes counted. By JOEL SAGET (AFP)

The pair are well clear of all other candidates.

If no single candidate gains more than 50 percent of the vote a runoff will be scheduled in November between the top two contenders, according to Liberian law, but whether this will be necessary is not yet clear.

Turnout among voters in the polling stations counted so far was high at 74.58 percent, NEC Chairman Jerome Korkoya said.

Liberia's has 2.1 million registered voters. The election should represent the nation's first democratic transfer of power in seven decades.

Although one party called for a halt to counting alleging irregularities, international observers have said Tuesday's vote was generally free and fair, despite polling staff causing long lines and confusion due to a lack of training.

The problems caused many polling stations to close late and a delay in counting. The NEC has until October 25 to declare a final result.