Will Ghana’s Rising Middle Class Ever Learn The Lessons Of History? 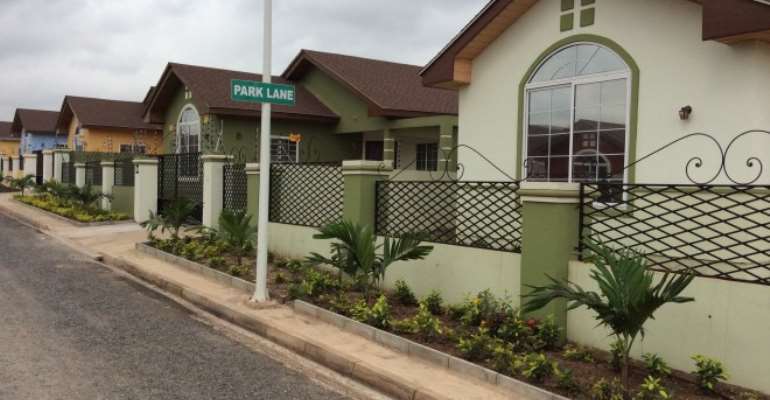 These days, it is not uncommon to hear Ghanaians announce proudly that Ghana is a “Middle-Income Country” (MIC). I must admit that I do not know what it means to live in a so-called MIC. However, I recently read an article by a journalist with Public Agenda where she bemoaned the fact that since Ghana gained a Middle-Income Country (MIC) status, funding to the voluntary, non-governmental sector has reduced significantly.

I believe that as a Middle-Income Country we are required to live by certain standards. However, I quickly remind myself that this title was imposed by some foreigners sitting comfortably in their leather-bound chairs at the World Bank headquarters in Washington.

A Middle-Income Country must have some attributes. I believe that such a country must have a well behaved middle class. For countries in both the Lower and Upper Middle-Income categories, the main issues may be “related to providing citizens with services such as water and electricity, curbing corruption, and improving governance”. (Read more: http://www.investopedia.com/terms/m/middle-income-ountries.asp#ixzz4uLdVURJ4 ).

On this basis, I am not sure why Ghana even gained a classified as a MIC.

However, one cannot doubt the fact that one of the attributes of a MIC is a huge middle class seeking the comforts of life, while the poor mass up at the fringes picking up crumbs from the table of the well to do. Yes, the Ghanaian middle class has expanded exponentially recently, benefitting from the disastrous Economic Recovery Programme (ERP) implemented with gusto by Jerry Rawlings and Dr. Kwesi Botchway (PNDC). Ghana even gained the status of “IMF baby”.

Ghana today is a place of unaffordable and expensive high-rise buildings, expensive restaurants, increase in the number of domestic flights, expensive private schools and a political system and a constitution to match. This political system is called multi-party democracy except that in our case, it is a two-party system underpinned by a lot of smaller parties whose existence raises more questions than answers.

The Ghanaian middle class, or call them the political elite, thinks it is growing, but some would argue that is ‘stunted’. In the case of Kenya, Hon Willy Mutunga (former Chief Justice of Kenya) described the Kenyan middle class as “stunted, self-absorbed and unable to build a just, equitable, peaceful and prosperous society that guarantees material resources to all its citizens.” (Willy Mutunga, Pambazuka, Sep.28, 2017). The same could apply to Ghana.

The Ghanaian middle class, which can be defined to civil society, the legal fraternity, the state and civil bureaucracy, media, intelligentsia and the Diaspora is doing all it can to maintain its place in society where affluence and wealth compete in equal measure with inequality and deprivation. As Willy Mutunga asked of the Kenyan elite, our own political elite “need to grow up and cease their superficial dramas and look past their noses to see that their theatrics have far-wider reaching consequences that affect millions of lives.”

Sometime in the 1970s, a former Head of State and a senior military man called General Akwasi Afrifah wrote to the then Head of State, General Kutu Acheampong, warning him that the behaviour of the senior military officers, and the steady rise in corruption will get senior officers in the army killed. His advice to General Kutu Acheampong was not taken. In the end, his prediction came through. They were all executed after the June 4, 1979 uprising.

Today, the political elite in Ghana is hopelessly divided into NPP (the centre right new Patriotic Party) and NDC (the social democratic party). Both groups seem to have forgotten that by their actions, they are subverting the most important pillars of the Constitution, that of accountability and transparency.

Take the case of the ‘Muntie 3’ who were arrested, and tried by a competent court and prison sentences imposed. A section of the elite held vigils, demonstrations, and paid visits to Nsawam prisons and campaigned to have them released. The aftermath of these campaigns will leave a sour taste in the mouths of anybody who has the slightest respect for the independence of the Judiciary.

This week, we have seen a similar case emerging. Someone who calls himself ‘party communicator’ (for non-Ghanaians it means someone who is paid by his or her political party to call radio phone in programmes and say nice things about their party, while slagging off opponents). Someone with such a title said some unprintable things about Ghana’s current President. Once again, a section of the middle class is defending his right to defame, insult and say very uncouth things about the sitting President. This is how divided the elite in Ghana has become.

On an issue such as Ghana’s success at the International Tribunal for the Law of the Sea (ITLOS) judgement in favour of Ghana, where one thought would galvanise and unite the people of this nation, it was not to be. Partisanship took over the victory as some sections of the elite instead of celebrating a national victory as they would celebrate the victory of the national team, Blck Stars, sought to engage in a childish game of ping pong as to whose decision it was to go for international arbitration.

These divisions have created a dangerously polluted political atmosphere in which truth is sacrificed on the altar of deliberate falsehood manufactured by political goons, and party allegiance have taken over allegiance to the Republic. In this environment, no one is judged safe. Principles have been thrown to the wind.

Talk to any ordinary Ghanaian and what you hear are regretful moans about the poverty, elite corruption, the number of expensive cars bought with state resources, political vigilantism and the rise of youth gangs. These are toxic for any country, and the elite who are beneficiaries of this conundrum should be worried.

Policemen and women, politicians, traders, doctors, and indeed all citizens have their images trashed by people whose understanding of the issues is at best vague, but have been licensed by their parties to behave as if there are no laws.

Recently in Tamale, a gang of youth apparently linked to the ruling party resorted to violent behaviours. When asked on air what could be done, a leading member of the regional security council could be heard begging the youth to “calm down”, promising them; “we will find you jobs”. Where are the jobs? Plus, is this the response to criminal behaviour? State institutions have lost respect, and institutions such as the Presidency are not respected.

The media is no better. Political interests have found expression in the ownership of media institutions. Ghana’s flagship media organisation the Ghana journalists Association (GJA) was almost torn to pieces as different factions of the GJA vied for the attention of the rich and famous in Ghanaian society. In such an atmosphere, the fourth estate has lost the credibility and the vim to write with conviction and defend matters of national interest.

The phenomenal and exponential increase in the number of privately owned FM radio stations, proliferation of newspapers, and the new dangerous definition of the right to free speech has contributed immensely to the inability of the press to challenge declining moral values and standards on public life. The middle-class owners of these stations seem to think this a boost listenership and encourage advertisers.

Recently, when the National Communications Authority (NCA) sanctioned 131 radio stations for violating aspects of the Electronics Communications Act 2009 (Act775) by enforcing the rules, it was read as an attack on so-called “anti Government.”

Some even claimed it is a violation of free speech. This is a country when kayayei (female head porters) were taxed viciously by the Accra metropolitan council until the New Patriotic Party abolished it. Even tis simple act of charity was opposed by some members of the now in opposition New Democratic Congress (NDC). Where is their sense of compassion? The political parties have ceded communication roles to ‘party communicators’.

This is accentuated by the inability of the major political parties to rein in their members, and call them to order when they result to abuse and cheap political innuendoes.

The result? The elite has created a toxic atmosphere in which it is difficult to know who controls in the Republic. For example, attempts by the current government to close the gapping loopholes in public expenditure and create some semblance of accountability are being seen as an attack on a particular party.

Everything points to one fact. That the Ghanaian elite is refusing the learn the lessons of history. They have learned nothing to forget nothing. Some of us have lived in the best of times (the Kwame Nkrumah CPP era) and the worst of times. No one wants to return to the era in which people live constantly in fear.

This calls for the Ghanaian elite, who live in a Middle-Income Country, to live by the rules and ensure that Ghana does not implode. It is also the time for the elite to grow up and behave like responsible citizens. Responsible citizens do not loot national resources carelessly.

If we continue along this path, no ne can predict the future, but lessons in our own history has a lot to teach us. History teaches that citizens tend to rebel when they are fed up with being take for a ride. We saw it on June 4, 1979 and on December 31, 1981. History also teaches that a caring and responsible middle class can avoid these events, or reduce their possibility of occurrence.

Writing about the Kenyan cases, (Willy Mutunga) had this to say: “Competition for political power has become an industry for the elite. Within the national strategic plans and visions lurk personal plans and visions of the elite on how profits will be made, resources raided, wasted, pillaged, and grabbed, so billions are generated so they can buy the next election” (Pambazuka, Sep.28, 2017).

The million Cedi (Ghanaian currency) question is will the Ghanaian elite ever learn from the lessons that history offers us with the existing status quo?

Zaya Yeebo is the Managing Editor of Public Agenda newspaper, and a writer on African and Ghanaian Affiars.