Ghana: A Democracy Without Ideological Direction 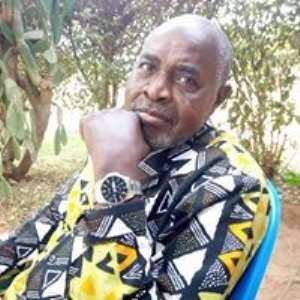 Ghana will soon go the polls to elect Parliamentarians and a President. In most countries, such crunch elections will see clearly defined Political Party Manifestoes which point to one direction or the other. This enables the electorate, i.e., Voters to choose one leader/party or the other.

Yet the more I listen to the debates, the more confused and probably disconcerted I get. One political party seems to have captured the ideas page, while the other is reduced to simply dissecting the programmes of the other. Unable to appreciate the direction these parties are headed, most of us express angst about ‘partisanship’.

However, one thing stands out clearly. The ideological fault lines are blurred, leaving little room for a choice based on clear ideological leanings. Political commentators, if there are any, have become pimps for the political parties with huge resources, hence the plethora of personal attacks, fake news, false information and in extreme cases, seeking to remove their opponents ‘by any means necessary’ (Malcolm X).

So why are political pundits and activists in Ghana reluctant to accept their ideological orientations and use these to describe their programmes?

As a basis for this article, let us ask ourselves whether party ideologies are important in politics at all. My premise is that it is. A Jamaican writer noted that “ideology is important in politics, because it serves as a compass that gives direction to the person leading the society”, I couldn’t agree more.

Another writer, David Zakary also points out that argues that “Political ideology refers to a belief system based on a philosophical and or economic perspective, i.e., capitalism, republicanism, democracy, etc.” Ideology therefore derives its significance “from a world view shaped by culture, beliefs.”

If ideology is important in politics and particularly during elections, why do Ghanaian political parties shy away from it? If a political party does not have a clear ideology, Voters are left to choose the party that makes the most extravagant or attractive promises or the one willing to spend money. In Ghana, it enables the middle class to hop from one party to the other without shame.

In the past, both 2nd and 3rd Republics, it was easy to call the New Patriotic Party (NPP) and its adherents as ‘right wing’, ‘capitalists’. It is still possible to do so. I believe that NPP with its ‘Development in Freedom’ mantra has no problem with this. In fact, someone like former President Agyekum Kufuor and those before him, like the late Dr. Kofi Busia or J, H. Mensah, will wear this description as a badge of honour.

At the same time, the Convention Peoples Party (CPP), in spite of its broad nature, accepted the description of itself as a “Pan African, socialist party” in the days of the political giant, Osagyefo Dr. Kwame Nkrumah. The Founder of the CPP (and Ghana) was an unapologetic adherent of socialism and pan Africanism.

This brings us to new parties like the National Democratic Congress (NDC) whose founder cannot claim to any principled ideological position, at least not one close to Pan Africanism or socialism.

We are therefore given the free rein to describe the NDC based solely on its claim to be ”a social democratic party” and for those who do not understand this, we can rely on its articulated economic, political and diplomatic direction. The smaller parties have not even bothered to define any ideological or political beliefs. It does not matter to them anyway.

That means in terms of political debate among the two main large political parties, most journalists find it difficult to refer to them in clear ideological terms.

This could partly be due to the fact that our journalists of today do not really understand the permutations of these descriptions and how they impact on our choice of leaders.

Some might argue that ideological descriptions or claim are really not necessary. They are more ‘dogma’. Just give us the names of the leaders or their tribes. However, the issue of what these leaders stand for is not important, that is why some voters might find their political positions murky and hazy like my village Kongo in the harmattan season.

I will argue that if the political parties they represent had very clear-cut political and ideological positions, things will not be so confusing. We all knew what President Obama stood for because of the party he was representing. Or at least, we thought we knew. The same applies to President Donald Trump and his Republican party.

During the last election in the UK, the differences between Jeremy Corbyn of the Labour Party and his opponent, Boris Johnson of the Conservative Party were as clear as daylight. You could wedge an Encyclopaedia between them.

Let me suggest at the risk of being provocative that I still cannot understand the ideological disposition of many of our political parties, large or small; old or new. This is reflected in their lack of clarity on many issues ranging from US bases in Ghana, the anti-corruption campaign, human rights and to free SHS.

It could be argued that Ghanaians can chose its leaders without discernible ideological positions. As a result, we are yet to see a serious debate on issues of national interest.

To a large extent we cannot blame a non performing and politically weak media and its owners. But by all accounts, Ghana’s Electoral Commission is bearing the brunt for the inability of the political parties to define their paths to progress.

What we now have is what Stephen Levitsky and his co-author in their book, “How Democracies Die”, describe as a “hyper partisan politics and growing mutual mistrust” among party leaders and their followers.

Political contenders in the elections are not treated merely as rivals, but as deadly enemies who stare at each other like boxers gearing up for a fight. Innocent bystanders or political analysts are caught in the fray and called all kinds of unprintable names. But it all boils down to who will have his hands on our resources and to what ends.

What this suggests is that we have a corrupt middle class which seeks to hoodwink citizens by refusing to acknowledge their class and ideological positions for fear that they will be caught and asked to account to citizens. As things stand now, it is mere hogwash to hold our political leaders to account.

We can only expect the consciences of some party leaders to give our children free education (e.g. Free SHS), and in the era of COVID-19, to support some of the welfare needs of citizens.

We clearly are in the era of non-ideological political formations elections or no elections. This is what makes issues like ‘Free SHS’ contentious. On issues like

social justice, equity, equal distribution of national resources, affirmative action, qual opportunities and popular participation in national affairs, we have to look at the body language of our politicians, listen to what they say, and hopefully, make the right choice.

Oh, how I wish I was in a country with Je Biden and Donald Trump ideological choices to make.